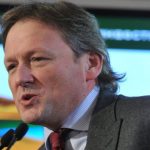 Today the BBC has an insightful piece detailing some of the obstacles entrepreneurs in Putin’s Russia face.  As the case of Mikhail Khodorkovsky or Vera Trifonova (inter alia) suggest, it is hardly an inviting climate – businesspeople regularly face colossal bribes or the risk of prison sentences. As Rebecca Kesby points out, the recent appointment of a business ombudsman for entrepreneurs rights is designed to improve the lamentable state of affairs.  However, an ombudsman can scarcely guarantee that justice is served, and it is Russia’s impartial judiciary, she points out, that is the real problem:

One of the few judges prepared to talk openly about the failings of Russian courts is Sergei Zlobin, who resigned as head of the Volgograd regional criminal board four months ago. His portrait of life as a modern Russian judge is extraordinary.

“Often there are huge gaps in the evidence,” Zlobin says.

“Investigators make serious mistakes, but the system is such that even these mistakes are used as evidence against the defendant, and the guilty verdict must be issued anyway – otherwise the judge will face problems.”

Zlobin says that in the thousands of cases he heard in the 15 years he was a judge, he only ever issued seven not guilty verdicts – and five of them were later overturned. Issuing a not guilty verdict, he says, was not only a “waste of time” it was risky.

Judges come under all kinds of pressure from the Federal Security Service, prosecutors and the chairman of the court not to acquit defendants, he says, including blackmail. The result? Many innocent people are locked up.

Zlobin and his family have received threats and abusive messages since his resignation. He knows it’s risky to speak openly, but says his conscience compels him to do so.

“Sometimes I just had to follow the instructions from above. Now, with hindsight, I understand that what I was doing was wrong, and moreover, it was illegal… and I deeply regret it.”