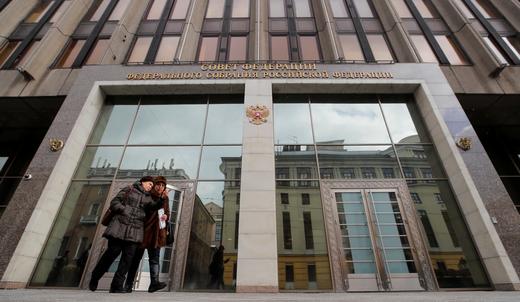 Two power stations that were part of an international scandal last year will open at full capacity in Crimea next week, with President Vladimir Putin due to attend the launch. The stations were made by Siemens, who said its turbines had been installed without its knowledge and in violation of sanctions. The State Duma approved new fines for those who disrespect the authorities in online posts, despite calls from prominent cultural figures who say that it amounts to direct censorship. The Federal Security Service (FSB) has filed a lawsuit against Novaya Gazeta, demanding that it remove reports accusing the agency of torture.

The European Parliament calls Russia “the main source of disinformation in Europe”. The American commander of NATO’s European forces says that Russia is the main threat to Euro-Atlantic security. Russia is trailing far behind the US in weapons sales, and a rebound is looking unlikely.

Oligarch Roman Abramovich had no trouble selling his 1.7% stake in miner Norilsk Nickel, which was oversubscribed by investors, demonstrating strong demand for Russian assets.