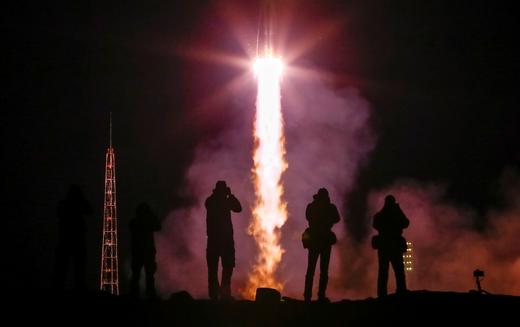 The Kremlin is accusing the US of raising tensions in its Baltic Sea regions by flying B-52 strategic bombers near its borders. The flights in question are connected to NATO training in Lithuania and Poland, and are needed in order to deter adversaries, the US said. The Natural Resources and Environment Ministry has put a price on Russia’s water, lumber and wildlife reserves, estimating their total value at $94.2 billion. Russia will be testing its idea of a Russian-only internet in the next two weeks, but critics say it is too difficult and expensive (let alone wildly unpopular) to pull off. Denis Grekov argues that the sovereign Internet plan, coupled with the latest Internet restrictions signed into law earlier this week, are going to drive people into the streets for mass protests.

Russia saw a fourfold increase in military corruption last year, worth a total of $109.8 million, with graft charges for more than 2,800 military officials. Hungary will be buying its 2020 gas supplies from Russia well ahead of time to avoid any issues stemming from a failure to agree transit terms with Ukraine. Shell insists that Russian LNG can compete with North American projects, despite Russian projects having higher capital expenditure. Russia’s share of the global LNG market is currently 8%, but it is aiming for 20%.

PHOTO: Photographers take pictures as the Soyuz MS-12 spacecraft carrying the crew formed of Aleksey Ovchinin of Russia, Nick Hague and Christina Koch of the U.S. blasts off to the International Space Station (ISS) from the launchpad at the Baikonur Cosmodrome, Kazakhstan March 15, 2019. REUTERS/Shamil Zhumatov