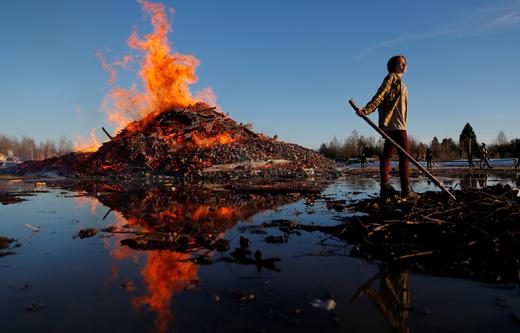 TODAY IN RUSSIA: Kremlin unveils plans to tighten grip on youth politics. US cracks down on Russia’s targeting of political opponents. Kremlin unbothered by US threads. European Parliament to reject Russian partnership until it abides by Minsk Agreement. US citizens deported after Mormon volunteering. Activists jailed for making a fake Putin grave. VTB lets go of Evrofinance stake. The history of Bellingcat.

The Kremlin’s Security Council has unveiled plans to send delinquent youth to patriotic re-education camps, and to implement the installation of software that will uphold the blocking of banned websites in schools. Could $750 billion have moved out of Russia in the last 25 years? The US passed several Russia-focused bills yesterday that aim to “call out Putin’s thuggery” on issues including the killing of Boris Nemtsov and what it calls the Kremlin’s “systematic targeting of its political opponents”. The Kremlin is unbothered by US threats that it will boycott the St Petersburg International Economic Forum, as much as by its sanctions threats against Rosneft. The European Parliament voted to approve a report stating that, until Russia implements the Minsk Agreement for peace in eastern Ukraine, it cannot be considered a strategic partner.

Two US citizens have been deported for violating immigration laws during volunteer work for the Mormon church in Novorossiysk. A court in Tatarstan handed out jail sentences to two activists who erected a mock grave for the President. VTB is planning to hand over its Evrofinance stake to the state, after its connections with Venezuela led to US sanctions.

Yandex has acquired social network site TheQuestion, founded by a former Ekho Moskvy journalist. This Guardian podcast looks at the origins of Bellingcat, the investigative website that has revealed some of the biggest Russia-related news in the past two years.

PHOTO: Young woman stands in front of burning tower made of wooden pallets during celebrations of Maslenitsa, a pagan holiday, marking the end of the winter in the village of Nikola Lenivets in Kaluga region, Russia March 9, 2019. REUTERS/Maxim Shemetov