Russia’s Path Of Most Resistance On Syria 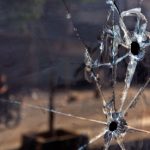 Hillary Clinton has, it seems, come to the end of her tether with Russia’s ongoing feeding of arms to Syria. It has been very hard to believe that transfers of weapons (or moreover helicopters as the latest accusation notes) are for as innocent purposes as the Kremlin has stated.  The ever-perspicacious Streetwise Professor argued two weeks ago that this claim was ‘incredibly mendacious even by Russian standards’.  Today Bloomberg describes it as ‘breathtaking in its cynicism’.   Arms deliveries may be the most obvious and indeed lethal, but they are not the only prong of Russian support for the regime, whose merciless attempts to quash the rebellion have won it accusations of perpetrating war crimes from Amnesty.  Reuters reported yesterday that Russian firms have been printing new banknotes for the Assad regime as it attempts to stave off growing fiscal deficit:

Four Damascus-based bankers told Reuters that new banknotes printed in Russia were circulating in trial amounts in the capital and Aleppo, the first such step since a popular revolt against President Bashar al-Assad began in 2011.

The four bankers said the new notes were being used not just to replace worn out currency but to ensure that salaries and other government expenses were paid, a step economists say could increase inflation and worsen the economic crisis.

The United Nations says Assad’s forces have killed at least 10,000 people in a crackdown, and the government says more than 2,600 members of its security forces have died.

The four bankers, along with one business leader in touch with officials, said the new money had been printed in Russia, although they were not able to give the name of the firm that printed it. Two of the bankers said they had spoken to officials recently returned from Moscow where the issue was discussed.

“(The Russians) sent sample new banknotes that were approved and the first order has been delivered. I understand some new banknotes have been injected into the market,” said one of the bankers. All requested anonymity.

Two other senior bankers in Damascus said they had heard from officials that a first order of an undisclosed amount of new currency had arrived in Syria from Russia, although they were unable to confirm whether it had entered circulation.

Outgoing Finance Minister Mohammad al-Jleilati said last week that Syria had discussed printing banknotes with Russian officials during economic talks at the end of May in Moscow. He said such a deal was “almost done”, without going into details.