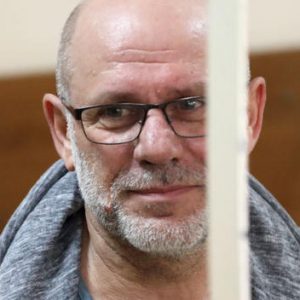 If there is one thing I’ve come to notice about Russia in the late-Putin stages, it is its consistency of disregard for human life.

One could make an exhaustive list of those killed by the state, but I’ll just cite two past cases. From 2006-2008, the Russian government jailed the Harvard-educated general counsel for Yukos, Vasily Alexanyan, on false charges and then proceeded to torture him in jail via medical blackmail, withholding life saving treatment in an attempt to pressure him to flip against Mikhail Khodorkovsky, eventually leading to his death.

Russian authorities again returned to these reprehensible tactics in 2009 with their horrific torture of Sergei Magnitsky, which caused his death by medical mistreatment while in prison – an event which prompted worldwide sanctions against key state officials involved in corruption and human rights abuses.

But of course nothing has been learned, no reform has taken place, and the rights of the politically persecuted are as endangered as any moment in recent memory. Alexei Malobrodsky, the former director of the Gogol Center theatre, has just this week suffered a heart attack during a court hearing into the phony charges of embezzlement cooked up by Russian prosecutors. The core of the prosecution’s case is that the theatre embezzled state funds that were provided for a production of Shakespeare’s A Midsummer Night’s Dream, claiming the performance never took place, when in fact the performance was viewed by hundreds and even received an award.

Still in pre-trial detention, after the heart attack Malobrodsky lay handcuffed to a bed in intensive care like an animal for days before authorities finally claim they removed his restraints.  Yet they still can’t bring themselves to allow this long-suffering innocent man to go through his show trial from house arrest, or deem to provide adequate medical care for his condition, or show even the most basic respect for his rights in any manner.

This is now going on more than 12 years of inhumane medical torture by the Russian government of innocent citizens whom either pose a minor political inconvenience or from whom they simply want to steal from.  It is reprehensible, grotesque, and exhaustingly and mind-numbingly familiar.