Russia’s Struggle for the Future 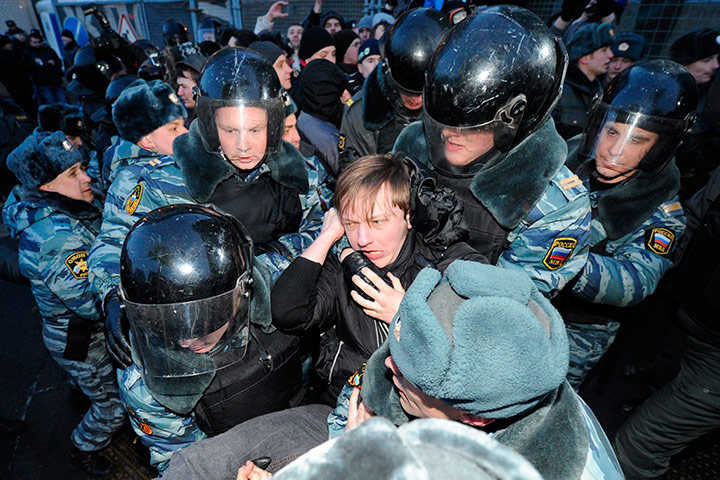 Stephen Holmes writes in today’s Guardian about the predicament facing protesters in Russia, who came out in their thousands last night to share their views on the re-election of Vladimir Putin to the presidency.

The absence of any plausible succession formula is the central flaw in Putin’s current pseudo-state. From the viewpoint of Russia’s voters, it confirms the feeling that Russia is a country without a future, or at least is a country in which the future has no reliable institutional basis, but is constructed wholly upon the unpredictable survival and physical health of a single mortal man.

His comments reflected those of the more pessimistic protesters on the ground, such as this one from Oleg Ermolaev, quoted by Bloomberg today: “Our society has no future.”  Many think that the protest movement will die out under pressure of repeated quashing by police: but when in doubt, look to the markets: investors and analysts alike are anticipating further unrest.