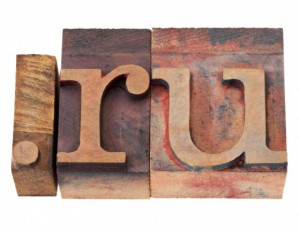 Yesterday, Reporters Without Borders released their 2012 report on “Enemies of the Internet.”  Their report on Russia notes how widened Internet access has promoted the mobilization of civil society and how the government has, correspondingly, amplified its means strategies for controlling it.  Examples of cyber attacks, increase surveillance of “extremist material” and pressure on individual bloggers are all mentioned in the report, which can be read here.   The organization’s findings also note how in the pre-election period, highly popular social networking site VKontakte became a powerful forum for rallying regional opposition protests, and incurred the wrath of the FSB as a result:

The social media site Vkontakte, which has more than 5 million members in Russia, found itself in the government spotlight. The FSB told the site’s founder and director, Pavel Durov, to shut down seven groups calling for demonstrations last December (including a group rallying to defend the ruling party). A Russian blogger estimated that up to 185,000 netizens subscribed to protest-organizing groups. A spokesman for Vkontakte said publicly that the site would not practice censorship and would not carry out the FSB order. Following the statement, Durov was summoned to appear before prosecutors in Saint Petersburg on 9 December.

Regional discussion forums, very popular at the provincial level, with most participants anonymous, have become a favourite resource for political debate among Russian netizens, and a nightmare for the authorities. However, these sites are less powerful than the national media and easy to censor, though that has not prevented netizens from migrating to other sites, hosted abroad.

At least three forums were closed or suspended during the months leading up to the early December elections.
One of these sites is the Kostroma Jedis regional forum, which was targeted following the posting of two satirical videos criticizing Igor Slyunyaev, governor of the Kostroma region, some 300 km northwest of Moscow. In November, other forums were shut down or purged of all political content by their administrators. One such case occurred in the Arzamas, a city 410 km east of Moscow, affecting the mcn.nnov.ru site. Another took place in the west-central city of Miass, 95 km west of Chelyabinsk, affecting the forum.miass.ru site. It is not clear if these were cases of official action or self-censorship. In either case, the closing of these forums signifies a narrowing of the possibilities for political debate on the Russian Web.