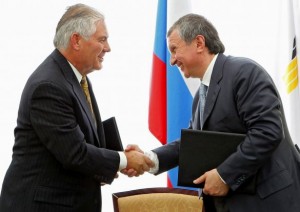 When Prime Minister Medvedev’s cabinet was announced on May 21, some observers noted with optimism that a handful of reformers remained among the hardline siloviki satellites of President Putin. This was perhaps the last point at which that it appeared that the former President may have retained any clout in the new Putin era.  Soon after, arch Putin ally Igor Sechin, having been left out of the cabinet, was nonetheless made head of Rosneft, and subsequently asserted his authority with some strategic power lunching, to the detriment of liberal Deputy Prime Minister Arkady Dvorkovich whose responsibilities nominally include the energy sphere.  Meanwhile Putin’s cronies who had been left out of the cabinet, returned to the fold via positions in the presidential administration.

It was announced on Friday that Sechin was in fact going to regain a formalized political role by being made secretary of a special 45-person energy commission.  In doing so, it seems that the last hopes for the liberal corps to retain some sway over the energy sector, might have faded.  From the FT:

“This further strengthens the impression that a parallel government has been established,” said one state official.

Mr Sechin began openly manoeuvring to retain his position as the nation’s energy tsar last week when he suddenly called the nation’s oil chiefs in for the inaugural meeting of an “oil club”. The meeting was held just hours before Arkady Dvorkovich, the former aide to Mr Medvedev who had just been appointed to the post of deputy prime minister in charge of energy, was due to hold his first meeting with the oil chiefs. Both were held to discuss taxation issues and domestic pricing, according to a person familiar with the matter.