Sobyanin Fails To Pave The Way For Change 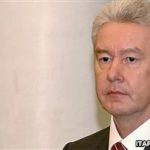 When Sergei Sobyanin was named the new mayor of Moscow, he seemed to represent a change, certainly in tone, from his predecessor.  The discreet Putin ally appeared from the shadows like a bland apparatchik in stark contrast to battleaxe Yuri Luzhkov who had been known for his flamboyant style, inflammatory homophobia, flat caps and bombastic taste in architecture.

Slowly but surely similarities have emerged nonetheless.  Take Sobyanin’s stance on gay rights parades for example: early on there was the hint that his tenure might be somewhat more lenient with regards to protest movements that that of Yuzkov, but this was quickly dispelled.  It was well known that Luzhkov’s wife Yelena Baturina earned via her developer Inteko millions through property deals strategically granted by her husband when he was mayor.  This was also apparently, a factor in his downfall.  Now it appears that Sobyanin has emulated Luzhkov’s manner of milking Moscow as if it were his own giant cash cow.  Reports say that he has ordered the repaving of Moscow sidewalks with tiles bought from a company allegedly owned by his wife. Plus ça change.  RFE/RL has some of the details:

Not long after Sobyanin announced in February that the city would replace 4 million square meters of downtown sidewalks, local media noted that his wife, Irina Sobyanina, allegedly owned a brick and curbing business called Aerodromdorstroi.

It had been hoped that Sergei Sobyanin would be a breath of fresh air to Moscow politics.

According to the respected newsweekly “Dengi,” while Sobyanin served as mayor of the Siberian city of Tyumen from 2001 to 2005, the company received a series of lucrative municipal contracts. In Tyumen, the rumor mill had gone so far that she allegedly won the nickname “Ira Bordyur” — which translates roughly as “Ira the Curber.”

When Sobyanin was appointed to replace Luzhkov in October, the anticorruption watchdog Transparency International warned him about the “conflicts of interest” implied by these allegations.

Yelena Panfilova, head of Transparency International’s Russia office, said there was no evidence of wrongdoing in Sobyanin’s project to refurbish the city’s sidewalks. She added, however, that she had suggested that Sobyanin establish a body to provide impartial oversight, allowing him and his wife to elude potential suspicions.

“People can have wives and husbands who are in different business positions and there is nothing wrong with that, but in order to avoid [problems] there should be proper procedures for declaring conflicts of interests and doing business transparently,” Panfilova said.

Panfilova said she was puzzled that the mayor did not follow her advice, especially given the allegations surrounding Luzhkov and his spouse. “Sometimes people in public office believe that all this talk about conflict of interest and nepotism is just a nuisance,” she said. “Sometimes they do get better but I think there is some kind of lack of the culture of transparency.”

Real estate agent Dukhonin said he questioned the project’s aims because the asphalt being replaced had only been recently resurfaced itself. He said the previous pavement was “new, fresh asphalt.”

“Then when I passed by again, I saw that they were laying down bricks, which came as a really big surprise,” he added. “I was immediately struck by an element of corruption.”