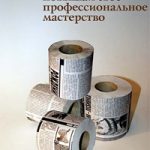 The state Duma has been busy of late debating a handful of bills designed to curtail the work of civil society and the opposition.  The new bill on NGO nomenclature and the bill on Internet extremism, both poised as potential tools for suppressing opposition activities, have received considerable attention.  Yesterday the Other Russia flagged up another new legislative maneuver to disempower Kremlin-critical voices, namely a proposal to recriminalize libel.   What is particularly noteworthy about this suggestion is not just that it represents another attack on freedom of speech, but because the decriminalization of libel was in fact a recent, Medvedevian endeavor, considered by many to be one of the salient points of his tenure as a reformist President.  As Other Russia point outs, the overturning of this reform serves to confirm the skepticism of all those who doubted that the now Prime Minister would be capable of introducing lasting change:

The decriminalization of the libel article is not the only Medvedev initiative that has come under reexamination following Vladimir Putin’s return to the presidential chair. In particular, before he was even elected, Putin himself publicly promised to re-institute daylight savings time, which Medvedev had gotten rid of [and which some joked was Medvedev’s only real achievement – theotherrussia.org], and on Friday the State Duma passed the first reading of a bill that would label NGOs that accept international funding as “foreign agents” – under Medvedev, on the other hand, this legislation was in the process of being liberalized.