The Difficulties Of Tackling Police Brutality 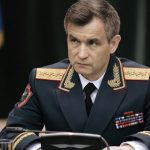 Since the start of this year, Russia’s police force has been beset by claims of violence, which have came to the foregroun following the death of a man in custody in Kazan who had been raped with champagne bottle.  Today it was announced by Investigative Committee head Alexander Bastrykin that a new department to investigate police crimes will be created.  Russia’s Interior Minister Rashid Nurgaliyev meanwhile has called for the introduction of a system to protect the police from unsubstantiated claims and, ‘often unfair’ attacks by the media.  Russia Profile’s Andrew Roth describes the many obstacles to overcoming the very real issue of unbridled police brutality in the context of competing Kremlin factions:

Yet doubts remain that the new organization will follow through with its mission. “This decision is just part of the bigger problem. Rights defenders have repeatedly called for the Russian authorities to create a fully independent institution for citizen complaints against the police. The Investigative Committee is still a security structure, so objectivity during investigations of official crimes won’t be guaranteed,” said Sergei Nikitin, the head of Russia’s chapter of Amnesty International.

The bigger issue, however, remains whether conflicts of interest between the police force and the new Investigative Committee will allow for any cases to be solved at all. The two government agencies have bumped heads before and fought a turf war over a casino ring that was uncovered in Moscow’s suburbs last year, getting personal when Prosecutor General Yuri Chaika’s own son was implicated.

Mukhin noted that the pendulum was now swinging in favor of the Investigative Committee and could prove to be a watermark moment for the young agency. “If we see successful prosecutions, then this could be the push that Bastrykin needs to finally achieve his dream of turning the Investigative Committee into something like the American FBI,” he said