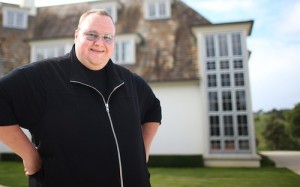 Today we are proud to announce the launch of the White Paper “Megaupload, the Copyright Lobby, and the Future of Digital Rights: The United States vs. You (and Kim Dotcom). The paper is available to the public right here.

The paper not only explores the numerous legal problems with the prosecution’s case, it also argues that a condition of State Capture has emerged with the Hollywood Lobby (MPAA) enjoying excessive influence over areas of public policies and institutions of government, turning them into instruments to further their own profits. This insiduous relationship has created a very dangerous set of conditions for the future of digital rights for all internet users, as the U.S. government moves forward in its determination to be a unilateral, non-accountable regulatory and censor of the global internet.

The text of today’s press release is contained below:

Members of the legal defense team representing internet entrepreneur Kim Dotcom have released a new White Paper, stating that the crimes he’s accused of do not exist under US law and that the prosecution was carried out at the behest of special interest groups close to the Democratic Party.

Millions of Megaupload cloud storage users around the world lost access to their data because of the U.S. government’s take-down of Megaupload.com.

“The vast range of abuses committed in this case raise serious questions as to whether the Department of Justice is carrying out a ‘contract prosecution’ against the defendants,” said Kim Dotcom’s international human rights lawyer Robert Amsterdam.

“The U.S. actions against Kim Dotcom set a frightening precedent for the basic rights of internet users and innovators of new technologies. Frankly, the lies that were told to friendly governments and the illegal spying on Kim Dotcom demonstrate a gunslinger attitude to rule of law.”

Megaupload.com was one of the world’s biggest and most successful cloud storage services, with one billion unique visitors per year, more than 60 million registered users and an average 50 million daily visits. It was the 13th most frequently visited website on the internet and accounted for about 4% of total internet traffic.

“The U.S. government acted illegally when it took down one of the world’s largest cloud storage services without any notice or chance for Megaupload to be heard in a court of law and by omitting exculpatory evidence in their submissions to the court. The result ignores substantial non-infringing uses of cloud storage and is both offensive to the rights of Megaupload and to the rights of millions of consumers worldwide, who stored personal data with the service,” said Ira P. Rothken, counsel for Kim Dotcom and Megaupload.

Mr Dodd is head of the Motion Picture Association of America (MPAA), which represents Hollywood’s big six film studios. The MPAA is a major donor to the Democratic Party. Vice President Joe Biden and Mr Dodd were for nearly 30 years Democratic Party colleagues in the US Senate. Mr Biden has said that Mr Dodd is “one of my best friends in life”.

“The motivation for the Obama administration’s action against Kim Dotcom and Megaupload appears to be more related to its role as fundraiser-in-chief for the Democratic Party than as the defender of the American constitution,” said Mr Amsterdam.

“The U.S. government’s take-down of Megaupload and Kim Dotcom has ramifications far beyond a single company and its executives. It sets an alarming precedent for regulation of the internet, freedom of expression, privacy rights and the rule of law. The U.S. government should not be able to act outside the bounds of due process, at the behest of special interest lobbies, to destroy foreign-owned business enterprises and expropriate the private property of millions of individuals.

Robert Amsterdam and Ira P. Rothken are the co-authors of the White Paper, a full copy of which is available at robertamsterdam.com/kimdotcom and www.techfirm.com.

The U.S. is seeking to extradite Kim Dotcom from New Zealand, where he resides. Kim Dotcom’s international legal team is challenging the extradition proceedings.