What Germany Knew About Turkey’s Coup Plotter Before it Happened 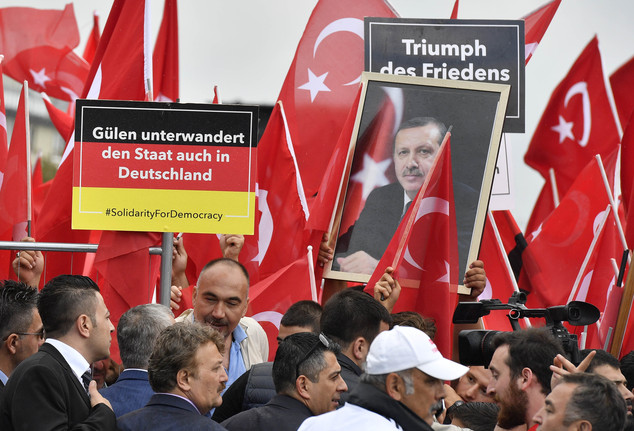 Although Germany is home to one of the largest pockets of Turkish expatriates in the world (3-4 million), relations are often been strained, even more so since the July 2016 coup attempt. Currently, and perhaps due to tense political climate as the Chancellor approaches a crucial election next fall, Germany’s intelligence service has been very reticent to assist Ankara in its investigation of the Fethullah Gülen organization.

Despite current claims, three years ago in 2014, there was actually quite a high level of awareness of the unlawful activities of the Gülenists in Germany, both in the public media and among the security services.

According to one article published in Der Spiegel that year, the 2016 coup is foretold, describing Fethullah Gülen and his influential followers as the “greatest threat yet” to Turkey, finding that are “determined” to overthrow the current elected government.

Over on GulenInvestigation.com, there is also a summary of an official security services report from the Federal State of Baden-Württemberg which is well worth reading:

“Earlier statements made by Fethullah Gülen are not in line with the ‘liberal democratic state and rule of law,’” the report finds. “His preference for an Islamic dominated authoritarian system above a liberal, secular and democratic society based upon humanism indicates this.”

German intelligence notes that Gülen believes that “a person who has forsaken his ‘true’ religion is punishable with death.” He believes a woman is supposed to be the “possession” of her husband and her role is reduced to be just a “mother.” Gülen, who operates thousands of schools worldwide specialized in science and mathmatics, reportedly rejects the theory of evolution. Finally, many Germans may be surprised to learn what Gülen believes to be the solution of the “Kurdish problem” in Turkey.

The German intelligence report finds that the original Turkish versions of his writings are frequently different than the translations, which usually don’t mention the fact that he views a clear distinction between “believers” and “non-believers,” and repeatedly states his belief that Islam has a right to deploy violence under non-specific circumstances.

The investigation concludes that Gülen is determined to seize the reigns of political power, not just in Turkey but far beyond, in order to establish his vision of an Islamic-based society by any means necessary.

These findings contrast sharply with recent statements by other German officials who attempt to paint the Gülenists as innocuous civil society members who are persecuted, rather than a criminal organization which planned a coup that killed more than 140 people and nearly toppled a democratic government.