Who Controls Anti-Corruption in Russia? 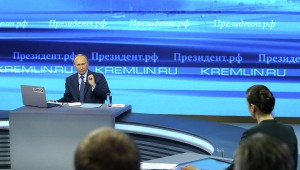 A translation from Vedomosti:

Putin has created a special department to combat corruption in the presidential administration. This, probably, can be considered as a tacit acknowledgment of the fact that the former actions failed in this regard, and the head of the state is trying to take the lead. Respective council under the President worked without fixed tenure. His aide Shkolov and his subordinates, overwhelmed with other work, are responsible for anti-corruption checks of all the branches and levels of the government.

Creating a body with high apparatus status and broad range of powers is a necessary step for the state, where law enforcement agencies are infected with corruption. Putin’s approval of the new agency provision is reminiscent of the international conventions on the fight against corruption and the OECD guidelines, requiring to create independent bodies capable to implement the first people’s will to win over the beneficiaries of informal public services.

However, a number of provisions of the decree cast doubt on the effectiveness of the proposed measures. The department is not an analogue of independent agencies to fight corruption – such as those agencies that successfully operate in Singapore, Hong Kong, Lithuania and Latvia. In Italy, the authorized body function is performed by special anti-corruption prosecution office.

The department created by the Kremlin is just one of the divisions of the President’s administration, focused around one of the leaders of this non-public body.

The new department will be a purely bureaucratic structure, whose work is limited to obtaining information from official agencies and researching it. In this case, the procedure for sharing information with the general public is not clearly spelled out. The presidential decree gives very little attention to any interaction with society, with activists, who seek information about bribes, kickbacks, undeclared facilities ownership and conflicts of interest on their own initiative.

The President has not created a basis for public-private partnership, which is a prerequisite for a successful fight against corruption. He seems to place more trust in an ever narrowing circle of people, trying to take on new authority and information flows. He does not limit, but instead extends the range of issues managed in the manual mode.

This means that showdowns with senior officials, who appeared in the stories with undeclared assets, have close personal and business ties with the state and businesses and they will be held behind closed doors. It will be individual communication with the adoption of individual decisions on each person, who takes more than necessary. This excludes the possibility of a systematic approach to the problem.