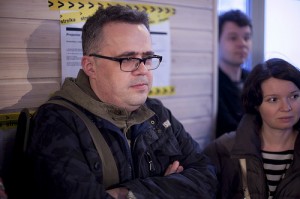 Below is our exclusive translation of an article published on Lenta.ru examining the future strategic options that the leaders of the Russian opposition should consider in light of Vladimir Putin’s return to power for another term as president.

Yury Saprykin on the new aims the protest movement should adopt

Saprykin proposes ten theses for the protest movement, for whom the March 4 accomplished nothing. It achieved some things, though certainly not all it had set out to do, and a lot of work remains.

1. Putin won. This is an irrefutable fact. Even with all the rigging, carousel voting, and ballot box stuffing carried out under the watchful eyes of webcams, a majority voted for Putin, a majority for whom there was nothing and nobody in opposition. At least not yet.

2. Certainty of the result does not justify the manner in which it was reached. As a result of rape children are sometimes born, but this does not justify the process. This time, the main method of fraud were the so-called additional listings, something entirely legitimate from a formal point of view, not recorded by webcams and visible to observers only if the lists are just too clumsy. It doesn’t help that it will be extremely difficult to file a claim in court or make a reasonable complaint to the CEC. Everyone saw it all, all is understood.

3. It would be easy to blame the large-scale fraud on Putin’s bad character, but it is more likely that it was a side effect of the state machine. This machine has two main priorities: a) to demonstrate loyalty to superiors, and b) to make use of the budget. To achieve these two goals, the machine must work to its own detriment and it is becoming perceptible that the state apparatus is destroying itself from within.

4. Perhaps the main achievement of the last three months is the emergence of a whole class of people who are willing to spend entire days of their lives on a rather boring job in uncomfortable bureaucratic rooms purely for the sake of fair elections. The country did not have this class of people in 2008 nor in 2004, and not any earlier either. They were the protagonists of March 4, they saw it all, they know the price of these elections; with the strength of their numbers they promote the idea of honest elections, which sooner or later will prevail.

5. On the one hand, those who say that the rallies have not achieved any of its goals are right. On the other hand, they did achieve many goals that were not directly declared. The appearance of thousands of observers who believe that fairness in the election procedure is a vitally important value. Just remember: three months ago, 5000 people at a rally was considered an unprecedented achievement, Alex Navalny was a popular blogger, Sergei Udaltsov alone was at the picket line, Ksenia Sobchak was nothing more than a glamorous bimbo, and Irina Prokhorova was the director of a small publishing house. Even the phrase “crooks and thieves”, referring to the relationship of the authorities to its millions of citizens, appeared a little over a year ago. Everything has already changed, everything will change further.

6. I must confess.  I do not really believe in further increase of the protest action, unlike my colleagues on the organizing committee for meetings “For Fair Elections” If this escalation has not happened already, throughout the previous months and if the number of participants in meetings are not growing exponentially, but remaining at the level of 60-70 thousand people in Moscow, then there is no reason to believe that this number will grow dramatically over the next few months, unless the government really missteps. The key moment of “the Orange Revolution” (which people talk about as if it were something bad) was not the setting up of tents in the central square, but the presence of participants in the election, from whom, according to the majority of the population, victory was stolen. The idea of fairness of elections, regardless of the participants in these elections, is important, but just not as inspiring.

7. If the new opposition leaders, designated over the last few months decide that all that remains is to throw themselves on their bayonets, it would be a monstrous mistake. The problem is not that the protest is unraveling and it is not that the protest in its peaceful and agreeable form is dangerous for the government, but that the social basis of the protest, grown sharply in recent months, has gone as far as it can. To further increase it, we need, as they said in the Soviet era, “asymmetric steps”.

“Rospil” and other projects of Alexei Navalny are scarily effective and efficient, but the number of people (mostly medium and small businesses) who are ready to follow RosPil destroy some Vekselberg online, is very limited. If Navalny’s komsomol (his network of mini-Navalnys) were to move offline and into the regions to harass local corrupt bosses – who don’t clear ice off the streets, or ensure heating during cold months and who allow taps to run dry- Navalny would not prevent it.

In turn, Udalstov has a unique chance to reform the Communist Party. Using their regional structures, he could bring in the fresh blood, like the characters of Prelepin’s “San’ka” , who ten years ago, gathered under Limonov’s banner. However, this would mean that they would stop showing Udalstov on all the main television channels and that they would start to arrest him again at rallies, is it not worth the trouble?

8. As for the party of “angry citizens”, the “creative class” or the “new intellegentsia”, the creation of which has long been called for and which apparently, are apparently now rallying around Prokhorov, its creation is hardly possible on a simple class basis. It would not be enough to declare “All those who are creative, come join us!” To unite this audience across the country there must be a project like Navalny’s assembled network, fighting against corruption, and whatever the project may turn out to be, it still must be associated with the restoration of justice and improved quality of life that makes sense for all and not only for the creative minority.

9. All this will create a situation where for most of the bosses (especially at the local level) the costs of stolen votes and appropriating budgets will exceed the hypothetical benefits. It was at this point that Putin’s reign will end.

10. Ultimately, the love for Putin is of a woman’s nature, and it is expressed in fundamentally, traditionally feminine archetypes. My guy doesn’t drink. Perhaps not much of a salary, but he brings it home- Lyudka’s spends it all on drink. He hits me because he loves me.

It’s a difficult process to get the girl to fall out of love with the nondrinking, but thieving schmuck and to fall in love with the multilingual, honest guy who’s a good cook with the charming smile. Waiting for her to go to him, read his blog and fall in love with him at a distance is painful. You must court her. Movie, gifts, treats. Sooner or later, the girl will choose the good side ( ven better if it has got cookies).