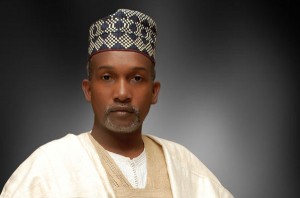 This week The New York Times published a front page story on the troubling situation in the north of Nigeria, where the Islamist terror group known as Boko Haram is flourishing, and allegedly reaching out far and wide to network and cooperate with similar terrorist groups, posing a considerable national security problem to the Nigerian government.  Today we spoke by telephone with Yusuf Tuggar, a former member of Nigeria’s House of Representatives, and a candidate in the 2011 governorship elections in the Northern state of Bauchi, to get his views on the roots of these problems of violence and sectarian groups.  Amsterdam & Peroff LLP is currently working with Tuggar’s legal team to contest the results of the past election, which featured alleged massive fraud and ballot stuffing.

Q: What are some of the driving factors behind this emergence of terrorist groups in northern Nigeria?

Yusuf Tuggar:  Well, to begin with, it is disappointing that when the North finally receives some much-deserved attention from the international media, it is about these terrible problems, instead of something more positive or optimistic for the country.  I certainly wish that that northern Nigeria were attracting attention for better reasons rather than violence.

However, as I have said in previous statements, it is impossible to consider the emergence of militant and insurgent groups in Nigeria without taking into account the political and social conditions that were set in place many years ago.  While it is certainly true that these northern states have all the typical elements that appeals to terror groups – desperate poverty, lack of education, and few employment opportunities for young men – the cyclical, reinforcing factor is that these states in particular have been prone to repeated electoral fraud and electoral violence.  The situation has been brewing for years, as this conduct has gone by completely unpunished, creating a poverty trap.

Q:  Beyond simple poverty, how is electoral fraud linked to rise of terrorist groups?

YT:  To see the linkage between electoral fraud and all the violence going on, all you have to do is take a simple look at a map of Nigeria.  You will see the states occupying the far eastern corner of Nigeria include Bauchi, Gombe, and Borno, which happen to the be states with the highest levels of violence believed to be related to Boko Haram activities.  It’s no coincidence that these also happen to be the states that have traditionally experienced the most widespread electoral fraud and militarized politics, with frequent civil disturbances around the time of each election.

Although it is certainly not unique, in this area of Nigeria there is along history of governors creating armed militias — their own private armies — which are responsible not only for security and intimidation, but also carrying out the extensive work of vote rigging. Once a significant amount of arms are placed into a poor society, and networks of patronage are established, it is not long before groups splinter into entrepreneurs of violence.

Q:  So you believe these political militias evolved into groups like Boko Haram?

YT:  Well, that is difficult to say, but there is a relationship, and certainly the use of force has motivated reactions and generated sympathy for these groups.  Historically, in Bauchi you have the violent youth group known as sara-suka, you have the Kalare militia in Gombe, as well as a number of similar militia groups in Borno, which was of course the origin of Boko Haram.  The primary goal of these groups was to use force to deliver power to the politician that hired them.  Now it is in these same states that the worst violence from Boko Haram is occurring, much more than any other state in Nigeria. The radical group has issued direct threats against the current governor of Bauchi, as well as the outgoing governors of Borno and Gombe.  In fact, the governors of Bauchi and Gombe actually issued a public apology to Boko Haram – which is totally unprecedented – I believe because they fear them and they know that they are in the wrong, especially following several heavy-handed crackdowns by their militias that mostly claimed civilian lives.

In contrast, the state of Yobe, which is sandwiched between these same states in the same general region, does not have such a pronounced history of forming militias to rig elections, and, as such, has not experienced a comparable level of violence – most of the stories you hear about Boko Haram in this state is just that they were seen passing through, rather than staging attacks.

Q:  What measures do you think should be taken to improve the situation?

YT:  Well, at least at the international level, some measures taken by countries such as the United States with regard to visas and travel issues for average Nigerian citizens has been entirely counter-productive – in fact, it risks becoming a self-fulfilling prophecy.  Increased scrutiny against average Nigerian travelers has been steadily increasing, both with the problem of Boko Haram as well as the attempted attack of Christmas 2009.  Even in that case, the boy’s father tried to warn the American authorities long beforehand, but to no avail.

Instead, the thinking among some quarters has been to apply the rule of logic that “All Nigerians must be terrorists.”  I even suffered this experience once myself, when I was stopped in Amsterdam en route to a democracy workshop event that I had been invited to at the University of Kansas, as my name was mistaken with some completely unrelated party that had made its way onto a list.  And still, to this day, I suffer a stigma and complications during travel due to this blunt and ineffective approach by the U.S. government to punish innocent people.  Many other Nigerians have suffered similar treatment.

As noted by the New York Times article, the Nigerian Army has applied a similar principle in dealing with Boko Haram, assuming everyone is a terrorist, shooting first and asking questions later.  At the international, federal, and local level, we need to start dealing with the problem in a more intelligent way that recognizes the real reasons why violent insurgencies develop.

Q:  So what do you believe is the key factor for government officials to focus on?

YT:  First, I think we need to abandon the widespread assumption that the emergence of this group means that Nigeria is suffering from religious strife.  It is not religious – that is an illusion behind which both terrorists, thieves, and politicians are comfortable hiding.  Violent groups like Boko Haram are not unique to Northern Nigeria, and in fact, are not dissimilar from the beginning of heightened violence in the Niger Delta in 1999-2003, which led to the formation of some of the most advanced insurgent groups.  However religion is to violence in the North what “marxism” was to the violence in the Delta – it didn’t matter what rhetoric was applied at the surface, it was the root conditions of private militias being used to achieve political ends that spawned new networks.  In the Delta we saw the funding and formation of early armed groups by governors, politicians, administrators, and many others competing for power and influence.  There was Ateke Tom, who was supporting the Rivers State incumbent Governor Peter Odili.  He faced off with Mujjahid Dokubo Asari, who led the Niger Delta Peoples Volunteer Force that backed his opponent Sergeant Awuse.  Then they had these clashes and the violence proliferated and spilled over into the rest of the region.  It’s the same thing that is happening in the North.

These movements are just as much a response to social issues, not exclusively religious issues, and that is why they are able to take on this Robin Hood image, appealing to a sizable part of the populace. It is beyond religion, because you will have Muslims, Christians, Animists alike applauding these people who appear to be stealing from the rich and giving to the poor while challenging the administrators who have neglected them and deprived them of their rights.  At the same time, you have criminals hiding under the cover of the violence, perpetrating their own robberies while pretending to be Boko Haram.  They stage raids of banks and they find money and other goods, and make a show out of throwing it out to crowds of people. These people are poor, hungry, uneducated, have no opportunities and no access to medical facilities or education.  And of course they will take whatever they can get. It is all blurred at the moment. When incidents occur, nobody is certain whether it is Boko Haram or just thieves.

Q:  But “solving poverty” is quite a tall order.  What can be done in the short term?

My argument is that it is necessary to realize the linkage – that electoral fraud is at the root of the poverty trap, and creates the conditions for violent groups like this to flourish.  When a governor obtains power by force, he feels no accountability before the people.  When people can vote, and vote freely, they are able to select leaders that must govern and administer responsibly.  When these militias rig votes, the despots feel they owe nothing to the people, and instead they loot the treasury and plunge the state into deeper poverty.  Then another election comes and they do it again and again, while the people become more desperate and willing to embrace these violent groups.

Take my home state Bauchi, for example.  Since being sworn in last May, the governor has only visited 2 or 3 times.  He spends all his time in Abuja, and when he is here, his movements are very limited and escorted by the military because of his deep unpopularity – but, then again, he created the threat.

We cannot make any progress on this issue by attacking the symptoms and not the cause of the social issues of the North.  We need to reduce electoral fraud through better rules, accountability for those who commit rigging, and the creation of opportunities for all Nigerians to exercise their right to suffrage and elect responsible administrators that will be judged by their performance, not the number of thugs they can hire.