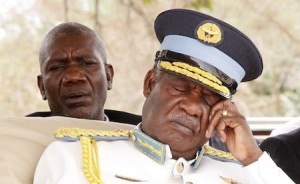 We respectfully address this open letter toward your distinguished offices with regard to recent commentary published in the Zambian media on the recent removal of fuel and maize subsidies by the Patriotic Front (PF) government.

On May 21, His Excellency Ambassador Storella was quoted as saying “Right now your government is making hard decisions on agriculture and government had to make these hard decisions because you cannot keep on subsiding maize forever because the country can go bankrupt and, ultimately, farmers too.”[1]

On May 23, the Times of Zambia quoted His Excellency Ambassador Egawa, commenting “Government has made a tough decision which may cause pain on the part of the public but will contribute to the welfare of the people in the long term.”[2]

His Excellency High Commissioner Thorton was similarly quoted on June 4 as saying “I commend the Government of Zambia for tackling these subsidies. (…)  It is better that money currently used for subsidies is used for more sustainable measures targeted to help the really poor and to promote development in Zambia.”[3]

On behalf of numerous Zambian citizens, including members of opposition parties and civil society organisations, the Coalition for the Defence of Democratic Rights (CDDR) wishes to register its disappointment with these statements, which may be based on mistaken assumptions regarding the motivations of the PF government.  The CDDR requests that the diplomatic community take a stronger stance toward the deteriorating environment for civil and human rights in Zambia, rather than solely focusing on economic policy.

It is not our intention to enter into a debate over the short- and long-term costs of maintaining subsidies, and generally, we acknowledge the common sense notion that principles of unfettered market competition tend to produce the ideal efficiencies that eventually deliver the lowest prices to the poor.

The truth of the matter is that the fuel and maize subsidies have not actually been removed, but rather they have been transformed by the PF into the One-Party State Subsidy.

Far from running an austerity programme of reform, the PF government has spent prolifically since coming into power in 2011.  For the 65% of Zambia’s 13 million citizens who live on less than $1.25 a day, it is not comprehensible how they should be chosen to carry the burden while at the same time the president can give himself and his cabinet salary increases of 100%,[4] initiate a re-nationalization and expropriation spree of numerous private companies,[5] while at the same time engineering an unprecedented 10 parliamentary by-elections, with more to come.

The sudden removal of fuel and maize subsidies by the PF is not a question of economics.  It is a question of how the ruling party intends to fund its destruction of Zambian democracy.

It is unreasonable for foreign governments to ‘congratulate’ the PF on fiscal policy at a moment in which the president’s cabinet is bloated to more than 70 members.  There extraordinary costs of keeping so many deputy ministers, many of whom are said to not even bother reporting to office and function more as ‘ghost bureaucrats.’  Each of these deputy ministers is given a brand new car, support staff, travel allowances, fuel allowance, a house or accommodation allowance and other financial disbursements, costing Zambian taxpayers millions of dollars.

The main reason why the PF has created the largest cabinet in the history of the Third Republic is because the awarding of these positions represents the key instrument of bribery to engineer the defection of opposition Members of Parliament from the Movement for Multiparty Democracy (MMD) and the United Party for National Development (UPND) to the PF, thus forcing the vacation of the seat and triggering a costly by-election which is usually snapped up by the ruling party.

The PF’s by-elections strategy, which is aimed at taking over a rubber-stamp majority in the National Assembly in order to pass a new constitution to re-implement the one-party state, is enormously expensive and has drained state coffers to the point that the leadership has ‘improvised’ – not planned – the cancellation of fuel and maize subsidies.

According to the Electoral Commission of Zambia (ECZ), the cost of holding these by-elections ranges anywhere from a minimum of 5 billion kwacha to a staggering 11 billion kwacha.  The upcoming by-election in Feira will cost 7.7 billion kwacha, while on July 25 there will be another four by-elections in Solwezi East, Kafulafuta, Chipata Central and Mkushi North.[6]

The PF government is facing budget shortfalls due in part to the ad hoc creation of unplanned and unbudgeted new districts and ministries for political expediency (and ‘bribery’ of opposition MPs) which is draining the treasury.

The Ambassadors comment that it was ‘brave’ or ‘difficult’ for the PF to remove the subsidies.  However that is not the case.

We ask that you consider the reasons behind the extreme haste and total lack of preparation or communication regarding the cancellation of subsidies, especially with regard to the social consequences.  When the fuel subsidy was removed in April, prices shot up 21 per cent, while workers commuting to Lusaka saw at least a 1 kwacha increase in minibus fares – posing a sizable cut into the weekly salary for many poor people.  As for mealie-meal prices, which have more than doubled since the election of the PF,[7] real issues of starvation and food riots may soon become a reality in many parts of the nation, with no provisions made by the government to protect the most vulnerable.

Were it possible for the United States to suddenly curtail the staggering $84.4 billion they have spent on corn subsidies between 1995 and 2012,[8] it would most likely be done in a carefully staged and planned manner, as to avoid a shock to the producers.  If the United Kingdom were to cancel just one of the £3.5 billion subsidy programmes that it pays out to wealthy landowners, it surely would not disappear overnight without a plan.[9]  Japan’s economic miracle of the past century is widely credited to its statist policies of subsidies for steel, machinery, electronics, chemicals, autos, shipbuilding, and aircraft industries.[10]

But in Zambia, where the subsidy removal has an immediate impact on citizens, not just producers, there has been no plan, preparation, or explanation, which has alarmed not just civil society organisations, but also industry.

According to a detailed statement by the Zambia National Farmers’ Union (ZNFU), while although they do not support subsidies on the consumption side, the way in which the PF has removed these programmes without any clear plan may lead to deeper problems:

“It is very easy to remove subsidies because anyone can do it but what is simultaneously and urgently required is to put in place bridging measures to avert a food security calamity and more importantly to find solutions to the challenges facing our poor small scale farmers in the rural areas in order to keep them alive. An in-depth analysis and full appreciation of what it takes to be a farmer in a rural area where basic social amenities and services are nearly absent and even sophisticated business models flop should have been done, and in full consultation and dialogue with those that such a decision was going to affect.”[11]

Finally and most importantly, the CDDR wishes to make  Your Excellencies aware that many Zambian citizens are deeply disappointed with the diplomatic community’s failure to respond to a recent violent attack on a church in Matero by an alleged PF-organised militia.  Civil society organisations such as the Foundation for Democratic Process (FODEP) and the Young African Leaders Initiative (YALI), as well as opposition party members had only gathered in this church because the PF denied their constitutional rights to organize an outdoor assembly under the Public Order Act.  Then further to be violently attacked by a PF militia simply for debating the issue of subsidy removal further represents a flagrant violation of basic human rights that this government has become known for.

To be silent in the face of these violent incidences, but then only to come forward and praise the government for recklessly endangering the lives of Zambia’s poorest citizens in order to fund their takeover of every branch of government, is not helpful for the future of democracy in Zambia.

We understand that the principle of subsidy removal may be positive, but the reality is that this move is not going to produce any decrease in government spending in Zambia or improve balance of payments, but rather only re-direct this portion of the budget toward highly questionable political objectives to benefit the private interests of a very small coterie of ruling elites who are already in control of the main newspaper and one of the country’s largest banks.  The sudden appearance of trained militias is but one product of the one-party state subsidy.

While recognizing the importance of strong bilateral relationships between Zambia and Japan, U.S., and U.K., and underscoring our continued commitment to cooperation and communication with your offices, we hereby respectfully request that the diplomatic community remain vigilant to the abuses of power by the current Zambian leadership and cognizant of the fragile condition of democratic freedoms in Zambia.

[5] The PF government has re-nationalized Zamtel in a highly irregular takeover, while also revoking the private concession for the operation of Zambia Railways, and has seized control over the Collum Coal mine, while also threatening to take over numerous other privately owned businesses.