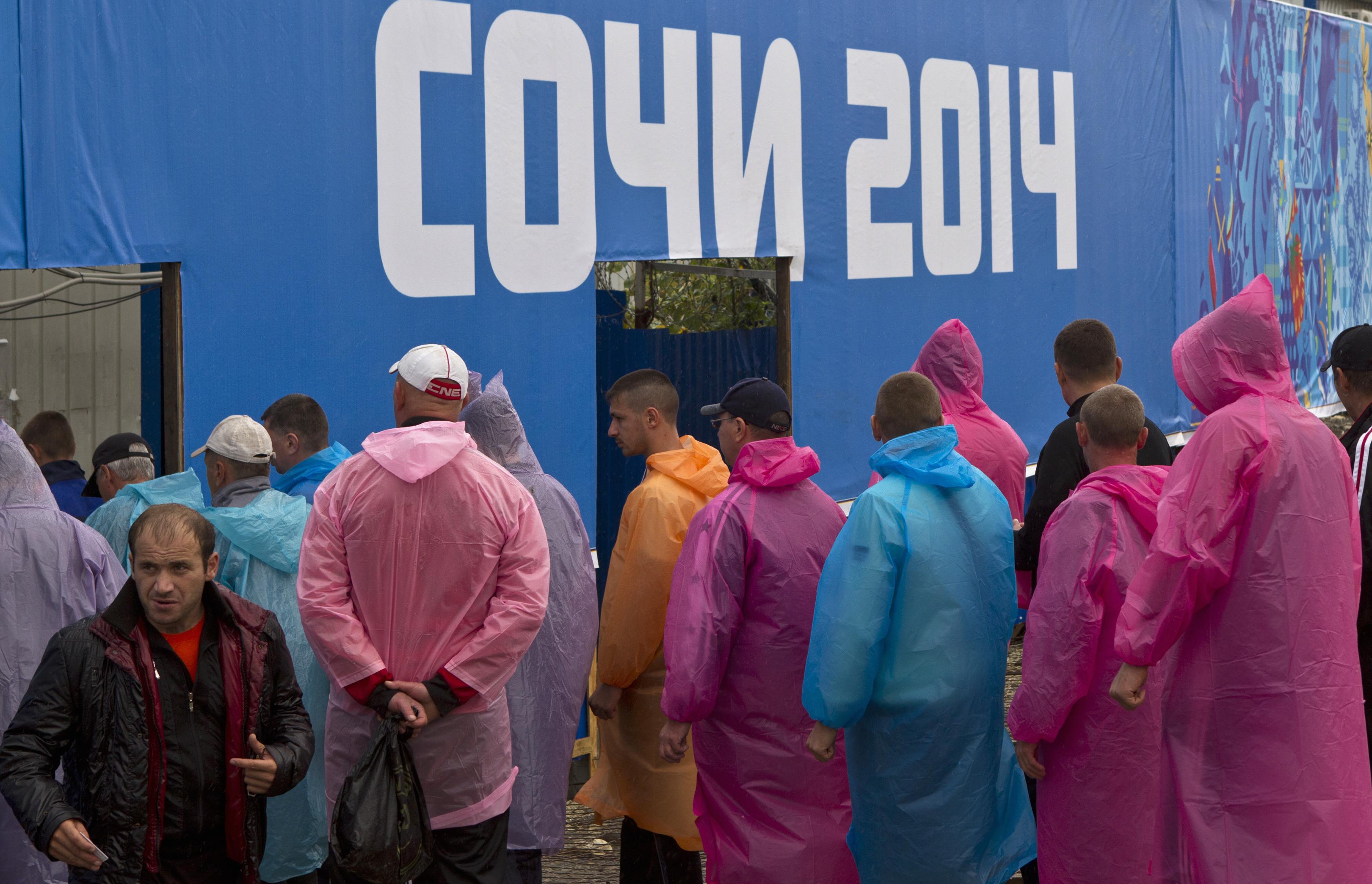 Russian investigators are expected to press new charges against some of the 28 Greenpeace activists and two journalists detained in connection with a protest at the Prirazlomnaya oil rig, after allegedly finding narcotics (‘presumably poppy straw and morphine’) aboard the Greenpeace vessel.  Greenpeace Russia ridiculed the allegations: ‘The Investigative Committee ‘found’ narcotics. We are waiting for it to find an atomic bomb and a striped elephant.’  Kumi Naidoo, the head of Greenpeace International, has written to President Vladimir Putin requesting a meeting to discuss the recent developments.  Putin has submitted legislation that would abolish the Supreme Arbitration Court and replace it with the Supreme Court.  The criminal probe against VKontakte founder Pavel Durov has been halted.  Gazprom will supply discounted gas to a Ukrainian tycoon (36% cheaper than the gas supplied to Ukraine) for underground storage.

Residents of Sochi are experiencing a crackdown as authorities attempt to improve security in advance of next year’s Olympics.  Despite the $50 billion that they will have cost once building is complete, ‘the Games could still be an embarrassing flop’.  Vladimir Putin ‘considers this project his baby’, but venues may not be ready on time, as photographs of current conditions indicate.  The Dutch foreign minister granted Vladimir Putin’s request yesterday and apologised for the detention of a Russian diplomat in The Hague, acceding that his right to diplomatic immunity had been violated.  Meanwhile, Russia may add tulips to the current embargo on Dutch dairy products.  Kaliningrad residents have been protesting against the ban on Lithuanian dairy products, because workers in the region are suffering without pay as a result of the blockade.

The International Monetary Fund says Russia’s economic model (growth thanks to rising oil prices) has exhausted itself, predicting growth of just 1.8% this year.  Its sentiments are echoed by Victor Erofeyev, writing in the New York Times about the uncertain future of Russia’s ‘fragmented population’.  Wealth inequality in Russia is of the world’s highest, and 35% of the country’s household wealth is owned by 110 people, according to a new bank report.

PHOTO: Builders stand in a line to enter a canteen in the Olympic Park in the Adler district of Sochi September 23, 2013. REUTERS/Maxim Shemetov