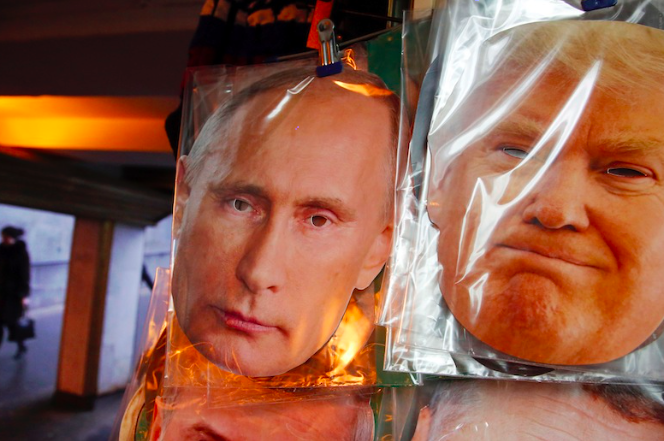 Supporters of President Vladimir Putin welcomed the news of Donald Trump’s inauguration ‘with glee’, as did nationalist activists, and Russia’s wealthiest citizens, who have gained a collective $29 billion thanks to stock price and currency gains since the election.  Opposition leader Alexei Navalny tweeted that he could not name another event broadcast in Russia by so many media outlets. Trump was honoured with a gold-coated iPhone by a luxury brand, and given the honorary title of Cossack.  U.S. Secretary of State nominee Rex Tillerson, whose nomination is widely disputed due to his long-held ties with Russia, was a key part of the Sakhalin 1 project in the late 90s, writes the FT.  OPEC is optimistic about compliance this coming year with last month’s supply deal, and is expecting results ‘beyond expectations,’ having reached an agreement with producers, including Russia, on a method for monitoring compliance. Energy Minister Alexander Novak is anticipating oil prices of $50-60 per barrel in 2017.  Gazprom now owns more than a third of the European gas market.

Pending changes to legislation about domestic violence ‘send a message that the state doesn’t consider familial battery fundamentally wrong anymore’, says women’s rights lawyer Mari Davtyan.  The expulsion of prominent journalist Sergei Parkhomenko from the Poets, Essayists and Novelists Association (PEN) for his involvement in mass anti-Kremlin protests, is striking comparisons with the Soviet era.  The Council of Europe warns that Russia’s refusal to compensate former Yukos shareholders ‘threatens the very integrity and legitimacy’ of the European Convention on Human Rights.

Prime Minster Dmitry Medvedev told a meeting of the United Russia party not to expect sanctions to be lifted this year, that it is ‘obvious’ they will last for a long time yet.  Medvedev was re-elected as the party’s head yesterday. ‘Thank you for your trust,’ he said, although he ran unopposed.  Medvedev described the party as ‘the president’s main political resource’.