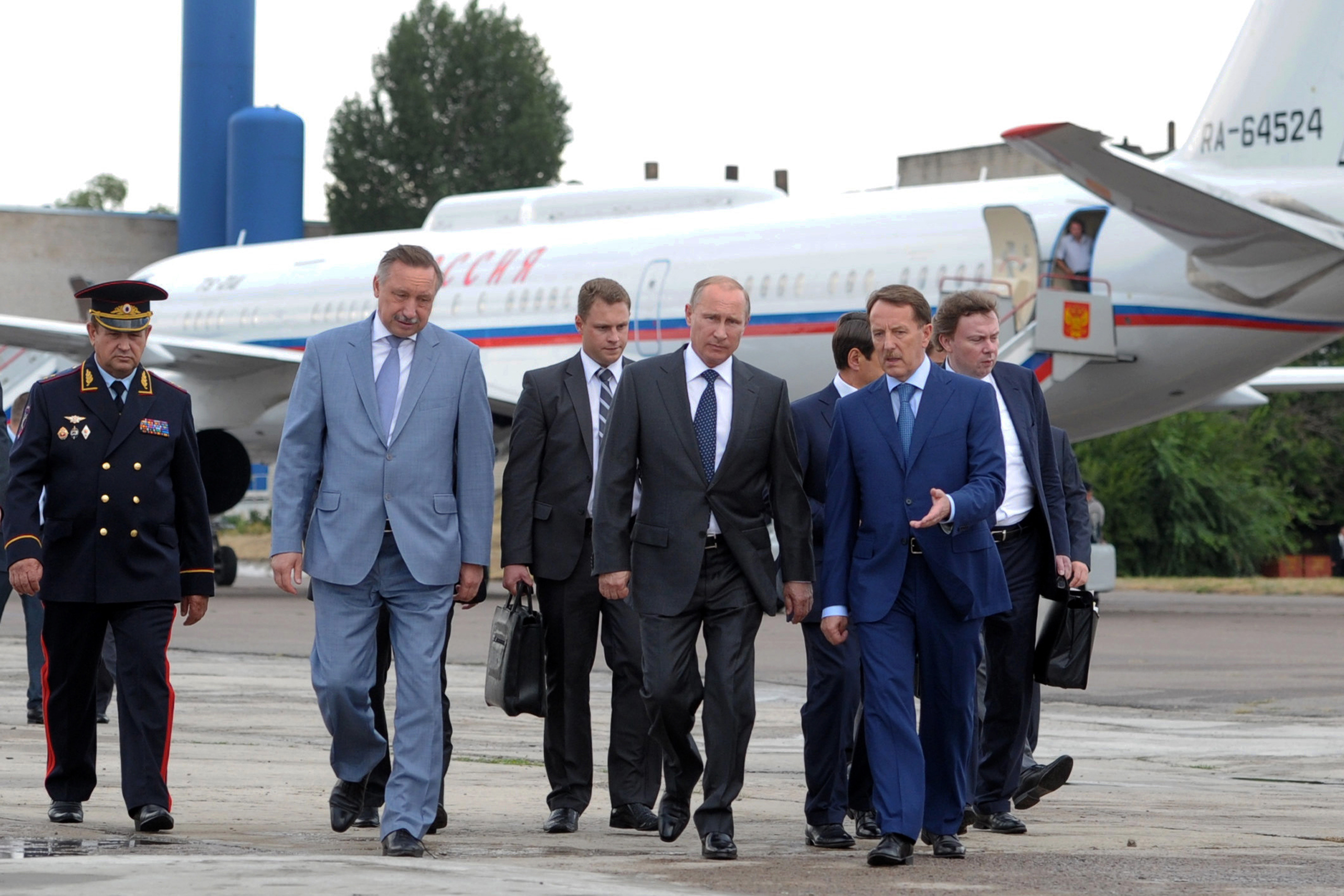 President Vladimir Putin made a public call for Russia to retaliate against the economic sanctions imposed by the West over the Ukraine crisis, suggesting measures such as banning Western firms and banning European airline flights over Russian airspace.  His comments immediately caused Aeroflot’s share price to drop 6%, amid concerns that such a measure could cost the firm $300 million in annual flyover fees.  But it also has the potential to negatively impact numerous European firms by forcing them to fly longer routes.  According to a Vedomosti report, the foreign and transportation ministries are already discussing taking action on Putin’s proposal.  Norwegian investment firm Kon-Tiki says this is not the time to abandon Russian stocks.  The New York Times discusses Japan’s latest somewhat half-hearted anti-Russia sanctions.  Russia is planning to sue Germany’s Rheinmetall for pulling out of a contract to supply combat simulation and training equipment to its military.  Russia is on the verge of finalising a five-year, $20 billion trade deal with Iran.

The Kremlin temporarily blocked access to a BBC Russian-language service interview with Novosibirsk activist Artyom Loskutov about a planned, unsanctioned performance art piece aimed at supporting Siberian autonomy. ‘Lately, Russian authorities have been particularly wary of talk of separatism and of modifications to the country’s federal structure,’ notes the Moscow Times.  Officials have also banned the event that Loskutov mentions in the interview, and blocked its social networking page.  Roskomnadzor is now planning to make further investigations into the interview, seeking to determine whether or not it violated the law.  The Polish Foreign Minister is warning that the amount of Russian military equipment currently on the Ukrainian border indicates an imminent invasion, and the U.N. called for immediate action to support civilians in eastern Ukraine.  The Foreign Ministry says Luhansk and Donetsk are on the brink of humanitarian disaster; and slammed Euronews for ‘fantastic political prejudice and bias’ in its coverage of the Ukraine crisis.  The United Nations agency for refugees estimates that 730,000 Ukrainians have left for Russia since the beginning of the year.

Mikhail Khodorkovsky will not attend his mother’s funeral in Russia due to the $473 million in unpaid taxes that the government claims he still owes.  The New York Times profiles Garry Kasparov in advance of his running for the presidency of the International Chess Federation.  Pensions are to plug budget holes for the second year running.