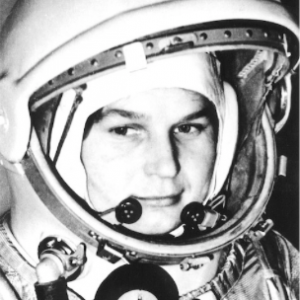 Russia says the United Nations’ International Court of Justice in the Hague has no jurisdiction to order Moscow to withdraw support for separatists in eastern Ukraine and Crimea.  Ukraine’s lawsuit against Russia is being heard there this week. Ukraine’s Foreign Minister is urging U.S. officials not to back down on anti-Russian sanctions, and possibly even to extend them, until military aggression in eastern Ukraine has been eased. He says Kiev was reassured by U.S. Secretary of State Rex Tillerson that it has America’s support in combating Russian aggression.  Duma speaker Yuri Vorobyov pointed out that Russia has taken in 2.5 million Ukrainian refugees since the outbreak of conflict.  Protesters quacked in the streets of St. Petersburg to call for the resignation of Prime Minister Dmitry Medvedev over accusations of corruption (he allegedly acquired several lavish estates, one of which include a special house for ducks). Medvedev is calling on the Eurasian Economic Union to help Russia overcome the ‘negative impact from outside’ on its trade, and the decline in industrial production. Bloomberg charts Russia’s exit from its recession, and says its success is not just thanks to the rising oil price.

Canada’s Minister of Foreign Affairs is warning hers and other Western countries to be prepared for Russia to attempt to destabilise their political systems as it did in the United States. Kremlin spokesman Dmitry Peskov says allegations that Russia hacked the U.S. elections are ‘hysteria’, and that Russia merely wants a stable relationship with a ‘predictable partner’. Echoing his words, Vanity Fair picked apart Donald Trump’s apparently gradual falling out of favour with the Kremlin, claiming that his new found unpopularity in Russia is due to the fact that he is no longer ‘a known quantity’.  Jeffrey Gordon, a former Trump adviser, spoke on record about his pre-election contact with Sergei Kislyak. Strange but true: Louis Marinelli, the American leader of the Californian Independence movement lives in Yekaterinburg. (He denies the Russian state has anything to do with the movement.)

Oksana Sevastidi, sentenced to seven years in a penal colony for a text message about the movement of Russian military equipment, has been pardoned by the President. Chinese planners have drawn up proposals to pipe water into the drought-ridden region of Lanzhou from Russia’s freshwater Lake Baikal.  President Vladimir Putin met with the first ever female cosmonaut, Valentina Tereshkova, on the occasion of her 80th birthday.  This year marks the 100th anniversary of the Russian Revolution.