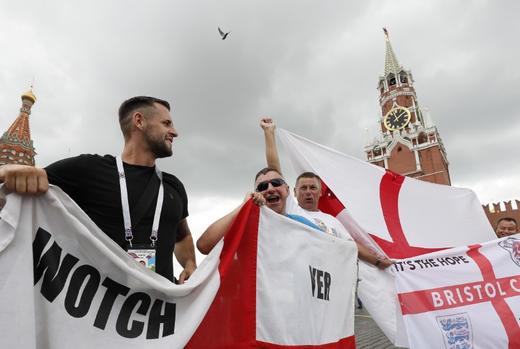 Kremlin spokesman Dmitry Peskov said Russia is expecting the UK to have “a political epiphany” on the Sergei Skripal poisoning case now that Boris Johnson has resigned his post as foreign minister, and called his contribution to the development of Russia-UK relations “very, very modest”. Basing its current ambitious expansion plan on Russia’s covert actions to destabilise the West, NATO begins a two-day summit today; Peskov said the Kremlin’s attitude towards NATO remains unchanged, with modest contact, avoidance of internal drama, and an ongoing view of the alliance as “forged for the purpose of and for the sake of confrontation”. A defence and security chairman from the Federation Council said NATO’s spending and new military buildup plans do not pose a threat to Russia “because our defence is strong”. Russia came to the rescue at the United Nations over a pro-breasfeeding resolution after the US tried to derail it.

Russia’s Analytical Credit Ratings Agency says the possibility of more Western sanctions being levied against Moscow is the economy’s current key risk. There is talk of a potential transfer for a stake in VTB, owned by state-run Otkritie bank, to be transferred to state development bank VEB, which would tie in with a broader Russian economic trend of private assets being transferred to state entities. Pussy Riot activist Maria Alekhina has been taken to court for failing to perform the community service she was given for protesting outside the KGB. Ahead of his summit with Vladimir Putin next week, US President Donald Trump described him as neither friend nor foe, but rather, “competitor”.

Unsurprisingly, local Russian fans have lost interest in following the World Cup tournament since Russia lost over the weekend. A group of LGBTQ activists visiting the World Cup made a covert rainbow flag by each wearing the football jersey of their home country in “a celebration of diversity and love in a place where celebrating diversity is not easy”.