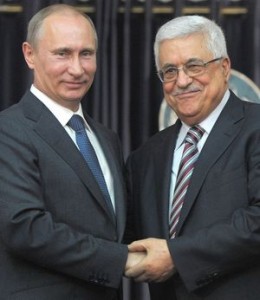 A US Senate panel moved has approved the Magnitsky sanctions bill, which would introduce punitive measures against those implicated in the death of the corruption-fighting lawyer.  The Washington Post delves into the case which ‘illustrates a level of collusion at the heart of the Russian government that allows corruption to flourish despite repeated official promises to vanquish it.‘  The latest video from Magnitsky’s former employer, Bill Browder, exposing the case, can be found here.  In the WSJ, Garry Kasparov explains why he believes these sanctions are necessary.  RFE/RL has an interview with the son of imprisoned tycoon Mikhail Khodorkovsky on the occasion of his father’s 49th birthday.  Opposition leader Alexei Navalny has asked the Investigative Committee to probe into whether law enforcement officials helped hackers hijack his e-mail and Twitter accounts yesterday.  From now on Russia’s media sphere will have one less Putin-critical voice: Kommersant TV is closing its TV channel. Michael Jackson fans are the latest community to feel the smart of new draconian rules on public gatherings. More than 100 luminaries from the cultural sphere have signed a letter to the Supreme Court and Moscow City Court defending the actions of incarcerated rockers Pussy Riot.  Opposition leaders may attend the pro-Kremlin Seliger youth camp this year, says this report.

On his trip to the West Bank, Vladimir Putin has stated that Russia has no issue recognizing a Palestinian state, and, according to the Washington Post, ‘offered veiled criticism of Israel’.  A new report by Moscow-based think tank CAST says that Russia is likely to deliver a plethora of arms, to the tune of almost half a billion dollars, to Syria this year.  Foreign Minister Sergei Lavrov will attend an international meeting on the issue scheduled for June 30.  The minister apparently believes that Iran should be present at this summit.  A US State Department official was warned that unless Moscow changes its stance on Syria, this meeting might not happen.  Apparently the future of Russia’s military base in Tajikistan is uncertain.