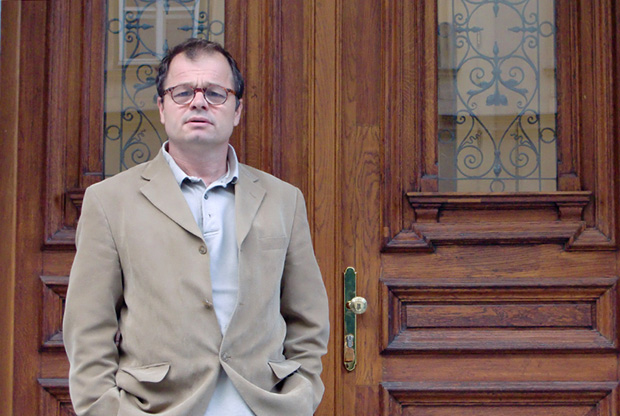 By Robert Amsterdam and Claire Kerschensteiner

Stephan Templ’s conviction for serious fraud and his original sentence of three years imprisonment, now reduced to one, for damaging the Republic of Austria is an embarrassment for the country. To indict, convict and jail somebody for filling out an application form ‘incorrectly’ makes no sense. The restitution process, as designed, made it clear that nobody had a legal right to restitution – offered as an ‘act of mercy’ – and one’s only obligations to be considered for restitution was to apply in time. Stephan did, his aunt did not. The Settlement Law which provided for restitution is crystal clear and the matter should have gone no further.

It did go further, however, and for one reason alone. The Republic of Austria went to court to claim an entitlement to a property of which – by accepting it for Restitution – it had already declared that it had no rightful ownership. Thus, Stephan was accused of having damaged the State in the amount of €550,000 because the courts of Austria believes the Republic has a right to Nazi-looted property.

The extraordinary singularity with which this case has been pursued raises many legal questions for Austria, not least whether it is serious about complying with the Washington Agreement signed in 2001.

Has Austria complied with its Restitution Obligations? It bears repeating that at no point in the Templ case did the Austrian courts rely upon the restitution legislation in place or any other law to demonstrate that Austria could legally lay claim to property stolen by the Nazis. The Austrian courts’ decision that the Republic is the ‘victim’ of a fraud by Stephan presupposes that the State can even consider itself entitled to a share in a restituted property and is asserted with no evidential backing. For Stephan to be convicted of causing the State to suffer a loss of €550,000 is to wilfully ignore the spirit and the letter of restitution law and should not be allowed to stand.

Has Austria Addressed its History of Anti-Semitism? The transcript of the trial finding Stephan guilty is replete with commentary ascribing to Stephan qualities which are worryingly reminiscent of anti-Semitic stereotypes. The decision implies that Stephan’s multiple claims for restitution are indicative of a greedy character, wilfully or inadvertently ignoring the fact that restitution is about getting back that which was once ‘yours’; that, which in fact, had been stolen from Stephan’s ancestors for no other reason than because they were Jews in Austria in 1938.  Further, that the courts, Attorney General and Justice Minister all refused to even acknowledge that the context of this case is inextricable from Austria’s past complicity in crimes committed against Jews suggests that Austria does not feel a responsibility to be transparent about its past and present struggles with anti-Semitism.

Does the Justice System believe in Justice?Stephan requested the Attorney General to exercise his discretion to review or reopen the case in the interests of individual justice and in the interests of safeguarding the constitution following a misapplication of the law. The application advanced arguments that suggested serious doubt as to the legality of his conviction – which had been independently raised by many observers of the case – and was dismissed in three paragraphs with no reference to any case law, regulations, legislation or even legal principles. It is a legal maxim that justice must not only be done, but be seen to be done and this blind and summary refusal to engage with new facts presented or to explain the decision not to so engage, demonstrates a worrying apathy towards a citizen who had looked for a merciful decision or at the very least a reasoned explanation.

Despite the function of appellate courts being inherently to review decisions of lower courts, and keeping in mind that both the Attorney General and the Justice Minister have similar powers, Stephan’s appeals and entreaties were denied time and time again by reference to the fact that a court had already found him guilty. If these bodies are unwilling to take a fresh look at the facts or the law, they are fettering their discretion and closing their eyes to potential injustice. Why have appellate courts if they do not question what has gone before?

Are Austrian Courts Selective with regard to the Facts of a Case? The prosecutor originally launched the case because Stephan’s aunt made a claim that she had been cheated out of an inheritance by Stephan. The prosecutor either didn’t know or didn’t care that a long-running dispute in the family centred upon an alleged concealment of family bank accounts existed previously and this fact is conspicuously absent in the Indictment. This information would have provided an explanation for Stephan’s behaviour that should have given any prosecutor pause before getting involved in what was clearly a complicated domestic scenario. If they felt that the aunt had indeed been cheated, they should have brought a case naming her as victim. Instead they decided to criminally charge Stephan for damaging the Republic alone; Stephan’s aunt was referred to the civil courts.

Despite this, the courts and various representatives of the Republic appear to have since realised what shaky legal ground they were standing on and have post facto tried to allege that it really was the aunt all along who had been damaged. This is why representatives of the Republic erroneously name her as the victim in their statements to the public, and this is also why the State has since signed a secret agreement to assign to her their legal claim against Stephan.

Is the Separation of Powers Principle Upheld in Austria? While the Sentencing Court were deliberating upon Stephan’s sentence, numerous officials of the Republic publicly commented on this case, raising the question of whether their inserting themselves into the case influenced the court’s decision. Even more worryingly, the senior representatives of the Republic who did issue statements on the case deliberately mis-stated the facts of the case. By claiming to the world that Stephan had been found guilty of a crime wherein his aunt was the victim (and not the State), the representatives of Austria ensured that the public and potentially the Sentencing Court formed an erroneous and harmful view of Stephan and his actions – one which persists to this day. ​ This deliberate obfuscation constitutes a campaign of State Defamation conducted against Stephan and should concern all citizens of Austria.

A recent decision of the Austrian Higher Regional Court emphasised that the Settlement Law was designed to give the state a moral but not legal obligation to restitute assets. This decision repeats what previous Constitutional Court decisions have affirmed and is in line with the restitution law – the Settlement Law does not provide for any legal framework for restitution, it merely outlines a discretion of the state. Stephan owed no duties to the state in this process.

Stephan’s case is the legal anomaly, contradicting all that has gone before or come after. There remains a mere five months to rectify this situation before Stephan is imprisoned in September.