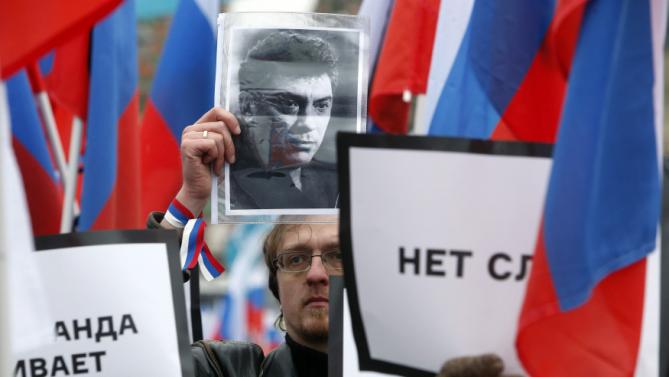 In the days following the brazen murder of opposition figure Boris Nemtsov directly in front of the Kremlin, Russia watchers have been agog with rumours, theories, and warnings of the darkness to come.

But in as frequently as we have come to use terms such as “new low” and “turning point” with regard to political events in Russia, it remains a question whether this event will trigger a genuine departure from the normal repressive operations of this administration and how the rest of the world deals with its profoundly reckless leadership.

On the one hand, it fits a depressingly familiar pattern of politically charged violence in Russia, preceded by the infamous slayings of journalist Anna Politkovskaya, former spy Alexander Litvinenko, and human rights lawyer Stanislav Markelov (among many others – see a list here). Pretty much nothing has happened as a consequence when the Russian government is involved in or obstructs investigations into murders of its own citizens.

On the other hand, the slaying of Nemtsov is completely unprecedented – it’s the first time a former Deputy Prime Minister and a sitting municipal member of parliament has been killed in such a fashion. This is a man under constant state surveillance at all times. The murder was done with a similar attention toward theatrics used in Islamic State videos – on the middle of the famous Bolshoi Moskvoretsky bridge over the Moskva River, directly south of the Kremlin, under the iconic gaze of the St. Basil’s Cathedral domes. There are fewer places you could select under greater security and CCTV surveillance – and the authors of this barbarity saw it as a perfect stage.

We now will have to painfully watch the international community go through what is sure to be an excruciating process of (once again) granting Vladimir Putin “the benefit of the doubt,” just like was done with the shooting down of flight MH-17, unprovoked invasions and annexations against multiple sovereign states, the repeated brutal murders of his critics, and the festering rot of corruption that has subsumed the structures of the Russian government.

How Putin is able to patiently await his absolution of responsibility is possible in part due to the Herculean propaganda effort that confuses citizens, misleads media, and diminishes the importance of basic facts, logic, and reason.

Within hours of the incident, the machine was at work, casting Nemtsov’s murder as an elaborate opposition conspiracy to embarrass the Kremlin (a tireless classic), a terrorist plot by Islamic extremists, and even a lover’s revenge. And the absurd idea that it was his own friends who killed him isn’t just being peddled by dim-witted Internet trolls, it was officially declared in a statement by the Investigative Committee of the Prosecutor General’s Office that this would be one line of their investigation. It’s pretty unusual for investigators to begin speculating on theories of motive to the media within 8 hours of a homicide, but this clearly isn’t going to be a normal case.

Over the course of the coming weeks, confusion will only deepen.  This familiar process has been brilliantly described at length by Peter Pomerantsev, who argues that the Kremlin’s strategy is to disorganise “the enemy” by pushing out multiple levels of fake, distorted, or partly true but misleading news stories.

“At the core of this strategy is the idea that there is no such thing as objective truth. This notion allows the Kremlin to replace facts with disinformation,” Pomerantsev writes, citing the example of the MH17 coverage on Russian propaganda media like RT. “The aim was to distract people from the evidence, which pointed to the separatists, and to muddy the water to a point where the audience simply gave up on the search for truth.”

They are certainly hoping that we give up on Nemtsov, too. But we shouldn’t.

The main argument in Putin’s defence will be that this murder serves him no strategic interest, and actually damages the standing of the administration.

First, this line of argument should be discarded based on the presumption of regularity problem in the Russian government – just because something appears irrational doesn’t mean it won’t happen. If the Russian state operated always operated as a rational actor, then we wouldn’t have a war in Ukraine but instead a flourishing economy focused on deepening political and economic integration with Europe.

Secondly, people are being very uncharitable toward Nemtsov’s value and his impressive body of research. Yes, it is true that he has taken steps back in terms of public visibility, and yes it is true he can’t pull the kinds of crowds that rally for Alexei Navalny or other younger leaders who don’t carry the stain of 1990s liberalism. He was always a guy more popular in DC and London than in his hometown, and there’s nothing wrong with that. But his series of well researched reports, including an upcoming exposé on the true costs of the war in Ukraine as well as detailed accounts of Putin’s massive personal corruption, should not be discounted.

Even if people didn’t view Nemtsov as the most powerful among the opposition, these themes touch a very raw nerve among Putin and the ruling security clan.  Boris understood and sought to raise awareness of the fact that under the Vladimir Putin era the Russian government, without exaggeration, has become involved in a level of criminality not seen in Europe since the Third Reich.  Calling him a “kleptocrat” does not come close to contextualising his geostrategic game, because unlike many of the world’s authoritarian-leaning leaders, Putin sits atop an immense fortune that permits him a much wider range of action than most people realize.

We also cannot discount the level of desperation in the Kremlin right now in terms of the economic crisis, rapidly depleting reserves, unaffordable food, and no end in sight for low oil prices. The killing of Nemtsov in such a symbolic manner sends a grave threat to any group seeking to challenge the state during this moment of weakness, and will become an obsessive controversy that will distract attention from other areas of interest.

We can only hope that the international community will understand the fact that Putin is to blame for killing Boris Nemtsov.  As Janusz Bugajski writes, “major figures do not get assassinated within smelling distance of the Kremlin without orders from above.” Even if he did not personally order it, he oversaw the creation of an environment of hatred and rabid nationalism in which such an act would logically be viewed as a patriotic gesture. Even worse, he has created a state structure that is held together not by law but by diktat – so even if some morally repugnant entrepreneurs did the dirty deed, they can never be revealed as it would be an admission that Putin does not have control.

Sadly, the emperor would rather watch the kingdom go down in flames than acknowledge that he wears no clothes.