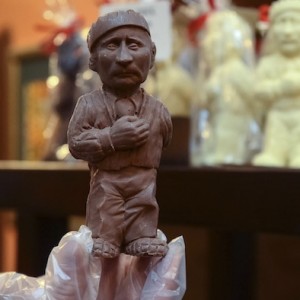 Russia’s new national security strategy document, signed by President Putin on New Year’s Eve, has identified the U.S. and NATO as threats to its security, whereas the previous version of the strategy, drawn up in 2009, did not mention either.  This document also warns that color revolutions of the Ukrainian ilk are promoted by both the CIA, international NGOs and private citizens.  The weekend has seen accusations of ceasefire violations fly between Kiev and Moscow, with the former alleging that its army positions in Donbass were attacked multiple times.  In one week’s time, Ukraine will introduce a major ban on a wide range of food imports from Russia.  The Kremlin is harbouring plans to sue Ukraine for failure to repay its sovereign debt.  Dutch prosecutors intend to ‘seriously study‘ claims made by citizen journalists to have identified Russian soldiers implicated in the crash of flight MH17 in July 2014.

Just three years after being one of the world’s largest pork importers, hog farmers in Russia are now producing so much of the meat that they are selling it overseas.  Despite falling crude prices, oil output in Russia hit a post-Soviet high last month as producers took advantage of lower costs.  The Instagram account of Communications Minister Nikolai Nikiforov has been temporarily blocked in a cyberattack allegedly carried out by a group of Turkish hacktivists.  Japanese Prime Minister Shinzo Abe says summit talks with President Putin are a requirement for establishing a new peace treaty.

Children’s writer Anna Starobinets describes her unlikely battle with censorship, sparked by a new Russian law to ‘protect children from any information that may harm their health and development’, in the Guardian.  Strike a pose: see here for a round up of some of 2015’s most fantastical homages to President Putin, in portrait form.