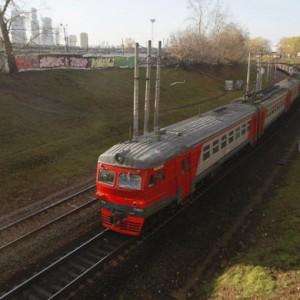 Despite other sectors of the economy facing a 10% decrease in spending as a result of the economic crisis, Russia’s military budget has increased by 33%, as the Kremlin shows commitment to reviving its military grandeur.  This revival of nuclear forces and a relaxing of strictures on their usage has deeply concerned NATO, reports Reuters.  The alliance’s defence ministers will meet today to discuss plans to strengthen NATO’s presence in eastern Europe in response.  NATO’s ‘complacent, half-hearted, bureaucratic reaction to Kremlin ruthlessness’ is allowing Putin to gain ground in Ukraine, argues The Guardian’s Ian Traynor.  The ‘foreign propaganda war’ is one weapon in Putin’s arsenal, but the recession is, one columnist reports, taking its toll on RT.  The sanctions might have achieved their immediate aim of damaging Russia’s economy, say analysts, but whether this will impact on its Ukraine policy, remains to be seen.  Russian Railways chief and blacklisted Putin ally Vladimir Yakunin sees sanctions as an act of ‘economic war’ that is failing to divide the elite.  Foreigners are reportedly leaving Russia in ‘unprecedented numbers‘.

Following a ruling by a Moscow court, Forbes magazine has published a refutation of information on the income of Rosneft CEO Igor Sechin.  The EU has taken issue with Russia’s proposal to pump gas to the Turkish-Greek border, bypassing Ukraine, on the basis that it is in breach of contracts, as well as being ‘economically flawed’.  A number of oligarchs are currently trying to offload the facilities they built for the Sochi Olympics, leaving the Kremlin with little choice but to acquire them.

President Putin has ordered that the cancellation of loss-making suburban train routes be overturned, after the lack of service ignited popular outcry. He has also apparently proposed legislation that would permit NGOs registered as ‘foreign agents’ to lose that label if they stop political activities and cease receiving financing from abroad.  Yukos founder and Kremlin critic Mikhail Khodorkovsky, who has called for an opposition rally for March 1, has said he views Alexei Navalny as his ‘ally for the medium term’.  In Daghestan, a lawyer for rights group Memorial, who had worked on the rights of residents in an area cleared for a counter terrorism operation, has been attacked by five unknown assailants in broad daylight.