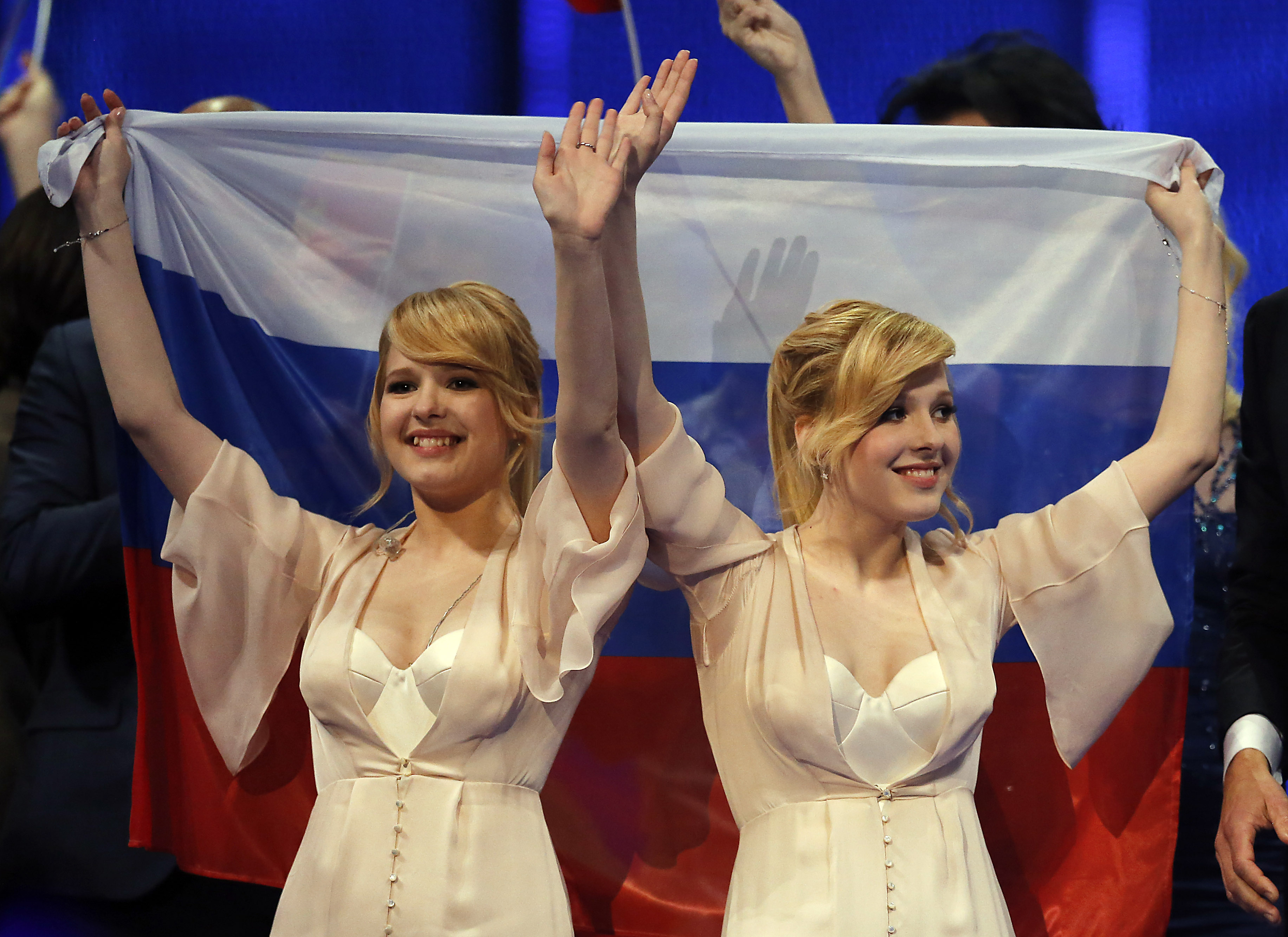 In the Kremlin’s latest crackdown on dissident voices, President Vladimir Putin ‘quietly’ signed a new law that requires popular online bloggers to register with the government – just weeks after dismissing the Internet as ‘a special C.I.A. project’.  Another new measure increases punishments for those found guilty of taking part in riots.  The law that will allow the creation of a new Russian national payment system will impose ‘unprecedented’ regulations on Visa and MasterCard, forcing them to deposit the equivalent of two days’ worth of transactions as a ‘security’ measure.  Police in Moscow detained 13 people yesterday at an unsanctioned protest held to mark the second anniversary of the Bolotnaya Square protest.  Yesterday was also the second anniversary of Putin’s third term as President of the Russian Federation, bringing his total years in power to ten.  Foreign Ministry Sergei Lavrov has defended Russian military exercises conducted near the Ukrainian border, saying they are no secret, and are not in violation of any laws.  He also accused Ukraine’s army of fighting on the side of ‘neo-Nazis’ against their own people, and accusing the Council of Europe of ‘ultra-nationalist activities’.  The Times calls Putin ‘the poster boy of nationalists everywhere’.  German foreign minister Frank-Walter Steinmeier warns that Ukraine is ‘just a few steps away from a military confrontation’.

German Chancellor Angela Merkel criticised Russia’s plans to hold a military parade in Crimea this Friday in celebration of the Soviet Union’s victory over Nazi Germany, saying that such an event would be ‘a shame’.  Slavoj Žižek discusses the ‘properly catastrophic’ situation of Russia finally having begun to ‘act as a great power’.  Members of the Obama administration in the U.S. have criticised the U.S. President’s strategy of escalating sanctions against Russia, saying they are doing nothing to deter Russia’s ongoing sponsorship of separatist factions.  NATO is considering permanently stationing troops in parts of eastern Europe in response to tensions between Russia and Ukraine.  Reuters says that some major global investors are holding onto their Russian assets despite a broader trend of managers cutting their Russian allocations.  French bank Société Générale says its first-quarter net profits were hurt by a write-down on its Russian business.  Search engine Yandex has nominated German Gref, the CEO of Sberbank and former economic minister, as a new non-executive board member.

Pussy Riot members Nadezhda Tolokonnikova and Maria Alyokhina spoke to the Foreign Relations committee of the U.S. Senate about Russian political prisoners.  The audience at the Eurovision Song Contest booed Russia’s entry when it was announced they would be included in the final.  Cartoonist Steve Bell responds to the swearing ban.

PHOTO: The Tolmachevy Sisters representing Russia celebrate being one of the winners of the first semifinal of the Eurovision Song Contest in the B&W Halls in Copenhagen, Denmark, Tuesday, May 6, 2014. (AP Photo/Frank Augstein)