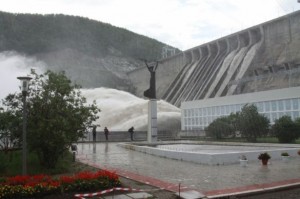 Despite rancour over Edward Snowden, talks between Russian Foreign Minister Sergei Lavrov and Defense Minister Sergei Shoigu and their U.S. counterparts John Kerry and Chuck Hagel will take place today, though many commentators are skeptical as to whether any progress can be made on bilateral issues given the chill in relations.  ‘If the U.S. and Russia are going to come to a deal on things like missile defense, it’s going to be done by Putin and Obama, and not by their staffs’.  Vladimir Putin’s telegram of well wishes to former U.S. President George W. Bush, recovering from heart surgery, points, some say, to the lack of personal connection he shares with Obama.  The recent clampdown on migrant workers in Moscow ‘violates Russia’s obligations under international law,’ says Human Rights Watch.  A video report from RFE/RL reveals the conditions detainees have to endure.  The Atlantic sees a huge nexus of bribery at the heart of the immigration network.  In an act of undisguised irony, it seems Vladimir Putin hopes to use those he has imprisoned for financial crimes to re-start the flagging economy.  One victim of trumped-up economic charges is ‘audacious‘ Alexei Navalny, whose entrepreneur supporters explain here why they are bankrolling efforts to see him elected Moscow mayor.  If a new investigation gains ground, it is unlikely that the original jailed tycoon Mikhail Khodorkovsky will be leaving prison any time soon.  As reports of harrassment against journalists redouble, the state duma is apparently mulling offering the immunity status enjoyed by lawmakers to media workers.  The TV editor who aired two minutes of a documentary lambasting Vladimir Putin will be fired.

A rivalry between energy tsar Igor Sechin and Transneft President Nikolai Tokarev is deepening with reports that both have penned letters to Putin complaining about each other’s policies.  Russia is unexpectedly in prime position to ship the bulk of crude from Kazakhstan’s mammoth Kashagan oil development.  Iran will shortly be transferred operational control of the Russian-built Bushehr nuclear power plant.  The head of a subsidiary of state-run hydroelectric power holding company RusHydro has been detained on suspicion of embezzling over $24.2 million.  Five years on from the war in Georgia, Prime Minister Medvedev reflects.

Calls for Russia to be stripped of the Winter Olympic Games over its homophobic legislation continue with an impassioned editorial from the Guardian.  Sports Minister Vitaly Mutko has told world athletics championship contenders to ‘relax’ about the anti-gay laws.  Pavel Dmitrichenko, the dancer believe to be behind the acid attack that blinded the Bolshoi Ballet artistic director Sergei Filin has retracted his confession.  Despite Twitter rumours to the contrary, former Soviet President Mikhail Gorbachev has assured followers he is, indeed, alive.