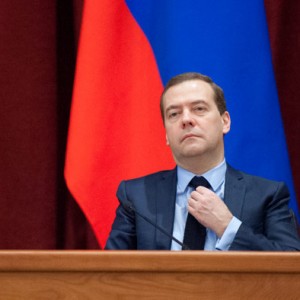 As relations with Ankara continue to worsen, Turkey’s Prime Minister Ahmet Davutoglu has accused Russia of attempted ‘ethnic cleansing’ in northern Syria, saying Moscow has persecuted local Turkmen and Sunni Muslim populations in an attempt to defend its military interests.  Rosatom has now halted construction work at Turkey’s first nuclear power plant, a $20 billion project.  The black box of the downed Su-24 bomber that precipitated the crisis in bilateral relations has been recovered; President Putin has invited British experts to examine it.  The Defence Ministry has denied reports that Russia plans to establish two more military cases in Syria.  See Bloomberg for a report on the ways Russia’s intervention in Syria is turning into the quagmire U.S. President Barack Obama had anticipated.

Russia is planning to introduce a new law which would permit it to ignore rulings imposed on it by the European Court of Human Rights if they conflict with its constitution – an idea motivated by one case in particular, says observers – Yukos.  The oil company’s founder, Mikhail Khodorkovsky, who is now being charged in connection with a 1998 murder, has told a press conference he believes this to be the case and added that he sees revolution in Russia as ‘inevitable’.   Brian Whitmore wonders why Putin has brought fresh charges against the tycoon now –  an indication that the President is not feeling so confident?  Someone from the Kremlin has (finally) responded to the accusations of corruption surrounding Prosecutor General Yury Chaika: Prime Minister Medvedev has said: ‘just because nobody now is talking about that doesn’t mean there isn’t a response, but the response can’t be instant‘.  The Prime Minister also compared the way in which Alexei Navalny has brought accusations against Chaika with Stalinist practices.  Putin is unwilling to come down heavily on the Prosecutor General because, ‘that makes him vulnerable — not in front of society, but in front of his siloviki‘, says one source.

A new report by the U.N. has found that arms and fighters are still entering en masse to eastern Ukraine from Russia, despite the apparent truce.  Lambasting the IMF as a ‘hindrance’, Prime Minister Medvedev has asserted Russia will take Ukraine to court over its debt obligations.  Truckers remain up in arms over planned increases to tax, and it seems, have the support of most of the population of Moscow.

PHOTO: Prime Minister Medvedev gave a televised interview on Wednesday, December 9, 2015.  He ended the interview on a positive note, wishing Russians a happy holiday season and saying ‘Everything is going to be alright’. (Andrei Gordeyev / Vedomosti)