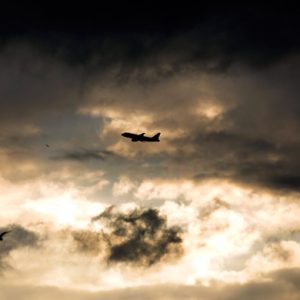 Long-standing human rights group Memorial, under threat of dissolution by the Kremlin, has sent a revised charter to the Justice Ministry with the intention of asking for a postponement in the Supreme Court’s hearing on its future.  Around 100 citizens whose mortgage payments have skyrocketed due to the plunging ruble have marched in Moscow, in one of the first major protests over the decline of the currency.  Consumers looking to offset their woes with leisure will be disappointed to know that car prices are rising, as are the prices of prophylactics.  The restaurant industry is worried about the tightening of corporate budgets reducing the formerly reliable New Year party splurge.  In response to demands for cuts in spending, the Kremlin will slash several billion dollars from the state space program for 2016-2025.  Commentator Mark Adomanis says that whilst the Russian government should have enough money squirrelled away to stave off default, ‘it is clear, though, that bailing out irresponsible borrowers is a very poor use of taxpayer money that was intended to serve as a welfare fund’.

Swedish defense officials have complained that a Russian military aircraft, with its transponders turned off in an ‘outright dangerous‘ move, has nearly collided with a commercial passenger plane in the country’s South.  The Russian authorities have denied any possibility of this, stating that two planes were never less than 42 miles apart, and noting that a NATO RC-135 reconnaissance aircraft had been seen in the area, closer to passenger plane route.  Russia is refusing to fire diplomat Karen Tchalian who leads a peacekeeping mission in Darfur, despite repeated requests from the U.S., Britain and France.  Moscow has agreed to sign off $17 million of Sudan’s debt.  The European Council, which is being taken to court by Rosneft over sanctions, has refused to release confidential documents on the European Union’s measures as demanded by the oil giant.

AFP has named President Putin its ‘most influential‘ person of 2014.  St. Petersburg lawmaker Vitaly Milonov, the architect of Russia’s gay propaganda ban, has taken his mission to a disco, by attempting to ‘liberate’ teenagers he alleges were entrapped in Moscow’s most famous gay night club.