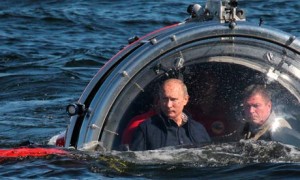 To mark the anniversary of the abduction and murder of rights worker Natalya Estemirova, the US Department of State has issued a statement in her memory and that of murdered Forbes journalist Paul Klebnikov, calling upon Russia to ‘protect journalists and human rights defenders’.  A colleague of Estemirova’s from Memorial, Alexander Cherkasov, has told the media that the probe into her killing has stalled, a charge which the Investigative Committee has sharply rebuffed.  Kheda Saratova, another colleague of the rights defender, has compared the probe to that of fellow slain Kremlin critic Anna Politkovskaya.  Russian human rights advocate and former presidential human rights council head Ella Pamfilova has been summoned for questioning by the Investigative Committee for reasons that remain unclear.  The human rights commissioner for the Council of Europe has warned of the ‘chilling effect’ that the Kremlin’s NGO law will have on the protection of human rights.  Police have detained five opposition activists on Red Square for organizing an unsanctioned demonstration against new anti-gay legislation.  The Huffington Post has a video report on what the law means for Russians.  The mayor of Reykjavik, Jón Gnarr, has called for the Icelandic capital to cease all ties with Moscow over the anti-gay propaganda ban.  Vladimir Putin has expressed his own particular brand of masculinity by riding a submersible down to a shipwreck in the Gulf of Finland.

Prime Minister Dmitry Medvedev has expressed pleasure at Russia’s number five ranking in the World Bank’s new GDP rating based on purchasing power parity.  A government directive requiring Rosneftegaz to transfer 95% of its profits from last year into the federal budget has been signed.  Rosneft has also been seen shoring up the budget.  During a conference from the Orlan platform, President Putin has urged Rosneft and Exxon Mobil to deepen cooperation through developing joint projects in the Gulf of Mexico and in the United States.  This commentator is concerned about the environmental risks of Russia’s proposed floating nuclear power plants.

‘As soon as there is an opportunity for him to move elsewhere, I hope he will do that‘: Vladimir Putin expressed little support for NSA leaker Edward Snowden during a visit to Gogland Island in the Gulf of Finland, though he added that there was evidence that Mr Snowden was shifting towards a cease of ‘political activity’ directed against the United States (who the President says is responsible for ‘blocking‘ Snowden on Russian soil) one of the conditions necessary for Russia to consider an asylum request.  He added that authorities in Moscow have still have not received a written political asylum request from the fugitive.  The Kremlin is reportedly negotiating a possible spy swap with Berlin.

PHOTO:  Vladimir Putin rides in a submersible in the Baltic Sea near Gotland Island to explore a sunken ship. (Sasha Mordovets/Getty Images)