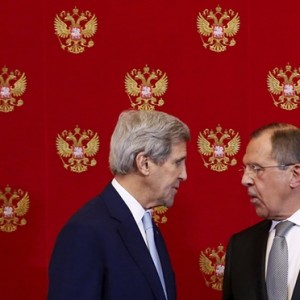 President Putin has signed a law that will give the Constitutional Court the right to decide whether to implement verdicts against Moscow made by the European Court of Human Rights, to the dismay of Human Rights Watch and other rights monitors.  A new petition urges leading Internet service providers to keep personal information of users out of the hands of the Russian government.  In an open letter, a group of cultural leaders have expressed their plans to fund-raise for paying the costs of legal aid for incarcerated participants of opposition rallies, whose ranks are swelling as a result of new legislation.  Truckers are incensed by a new Platon tax – will the news that fines for not paying the federal road tax are being significantly reduced quell their dissatisfaction?  Opposition-inclined deputy Dmitry Gudkov believes the corruption allegations against Prosecutor General Yury Chaika should be the subject of an official investigation.

President Vladimir Putin has met with U.S. Secretary of State John Kerry in Moscow to discuss cooperation on Syria.  Kerry preceded the meeting with an optimistic tone: ‘Even when there have been differences between us, we have been able to work effectively on specific issues’.  The Russian Ambassador in Ankara has proposed ‘three conditions’ for restoring relations with Turkey: an apology for downing the Su-24 fighter-bomber which precipitated the crisis in relations; the prosecution of those responsible, and payment of compensation to Russia.  Turkey apparently has a strong hand to play however – the possibility of blocking Russian access to the Dardanelles and Bosphorus straits.

The Washington Post considers why, with bilateral relations friendlier than they have ever been, in practice, economic cooperation between China and Russia remains difficult to implement.  Talks between Belarusian President Alyaksandr Lukashenka and President Putin in Moscow, focusing largely on security, have concluded with an agreement on the equal rights of the two countries’ citizens to move and reside within the Russian-Belarusian Union State.   A team of European neurologists consider Putin’s ‘gunslinger’s gait’.