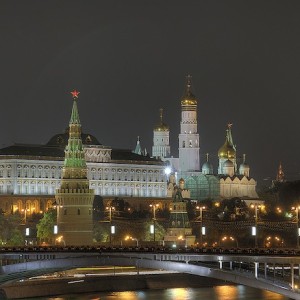 As tensions flare between Ukraine and Russia, President Putin has signed a decree suspending an agreement for a free trade zone between the two states set to begin as of January 1st.  Ukraine’s Prime Minister Arseniy Yatsenyuk has said Kiev will suspend trade with Russian-occupied Crimea in one month’s time.  The Ukrainian government has accused Russia of looting two of its oil rigs, following the decision of Crimea-based oil and gas firm Chornomornaftogaz to transfer the equipment to Russian waters.  The IMF has taken the Kremlin’s side regarding the nature of Kiev’s debt to Moscow, agreeing that the $3 billion loan Russia gave the state constitutes sovereign debt, despite Ukraine’s protestations to the contrary.  There is no possibility of sanctions against Russia being lifted until the Minsk package is implemented, says German Chancellor Angela Merkel, and ‘we are not there yet’.  A new poll has found that the number of Russian citizens who do not approve of the introduction of the food embargo has doubled over the past one and a half years, to 20%.

Colonel-General Sergei Karakayev, Russia’s strategic missile forces commander, has told reporters that no anti-missile system built in Europe by the U.S. would be able to withstand a bombardment from Russia’s strategic missile forces.  Washington and Moscow are co-operating on a United Nations Security Council resolution designed to curtail the financial operations of Islamic State.  Turkey will not offer Russia compensation for the SU-24 it shot down last month; Moscow plans to extend sanctions against Ankara in the spheres of hospitality, woodworking and pilot training,

In 2009, 79% of viewers of TV news apparently trusted the information it offered; new surveys show that this number has fallen to 41%.  Just as well that Vladimir Markin, the spokesman for the Investigative Committee, has urged Russians to ‘ignore’ bad news about their country, the effect of which, he believes, can increase Russia’s death rate.  The new law which permits Russia to opt out of decisions made by the ECHR if they violate the constitution, could see it exit from the Council of Europe, observers have warned. That’s not the only problem with it – legal experts say the law itself violates Russia’s constitution.  President Putin’s annual news conference takes place today; he is apparently likely to reassure citizens about the lacklustre economy.  On Russia’s budget, this article in Forbes sees little to be optimistic about: ‘It is probably wiser to prepare for worst case scenarios than base-case ones. The base case of oil recovering next year to a $50 average looks more like the miracle case’.