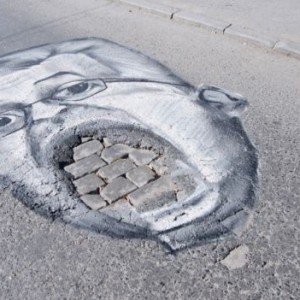 At the St Petersburg International Economic Forum, whose motto this year is ‘Time To Act’, former Finance Minister Alexei Kudrin has suggested that President Putin should order an early election to gain a mandate for the major structural economic reforms the country needs.  He warned that in terms of the recession, the country is ‘in the eye of the storm’.  Does Kudrin hope to replace Medvedev as prime minister in a new government? wonders former Kremlin adviser Stanislav Belkovsky.  The attitude of other attendees was not so bleak – first deputy prime minister Igor Shuvalov assured investors that ‘everything has gone far better’ than predicted in the fall.  The Kremlin also vaunted the fact that despite tensions with the West, seventy American company officers have chosen to attend the forum.  Media focus has been on the presence of the only European leader to visit, Greek Prime Minister Alexis Tsipras, whose appearance has prompted suspicions he will seek a loan from Moscow, suspicions quelled by Deputy Finance Minister Sergei Storchak, who says joint projects are the point of discussion.  ‘For President Putin a Greek alliance is advantageous […] Some have spoken of the possibility of a Russian “fifth column” being created in the EU, beholden to the Kremlin’, says Reuters.  The Kremlin has reacted angrily to the news that the GML group of former Yukos shareholders have begun enforcing assets freezes in Belgium and France, describing the move as ‘openly hostile’.

Gazprom and its European partners have unveiled new plans to build what would effectively be a second Nord Stream pipeline, to transport natural gas from Russia to Germany across the Baltic Sea.  The western enclave of Kaliningrad is, according to this report, one of the most militarised regions in Europe, thanks to a consistent influx of Russian weaponry and troops.  The Mistral deal might be scuppered but there are reports that France had already transferred several pieces of advanced technology to Russian shipbuilders before the deal was suspended.

It seems that mysterious pro-Kremlin hacker ‘Hell’, famous for his cyber attacks on Alexei Navalny amongst others, will have to make a physical appearance in a German court next week, for a case that the opposition leader has brought against him.  Graffiti using pot holes to represent gaping mouths of local politicians is apparently the latest trend amongst activists who wish to draw attention to the condition of local roads.  Zhanna Nemtsova, daughter of slain opposition leader Boris Nemtsov, has written in the Guardian about how the Kremlin has brought to life ‘a powerful propaganda machine […] whose output, in my view, has become openly criminal. […] My father fell victim to this hateful propaganda.’