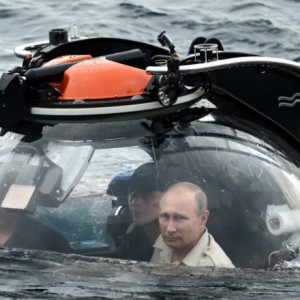 Well-known LGBT activist Irina Fet has been assaulted near her home in central Moscow in a homophobic attack.  She did not seek the help of the police, ‘for obvious reasons.’  Police officers have busted a major illegal cheese making operation in Moscow worth an alleged $30 million.  A new hotline for reporting sightings of banned foods is hoped to facilitate the denouncing of food smugglers.  A ban on certain dairy products from New Zealand has been eased, as a shortage of lactose-based products looms.  Moody’s has found that the food industry is the only sector of the Russian economy to benefit from the government’s import substitution campaign.  In the Moscow Times, Georgy Boyt offers his view on why sanctioned goods are unlikely to lead to popular unrest (‘most average citizens aren’t acquainted with the different scents of camembert and brie’.)   A new survey has found that after six months of relative stability, unemployment rates have begun to creep up.

In the Pskov region Estonian Internal Security Service officer Eston Kohver has been sentenced to fifteen years in prison and fined $13,000 on charges of spying, smuggling and illegal possession of arms.  The Defense Ministry broadcasting channel has announced plans to begin constructing new early warning radar stations in Azerbaijan and near the Arctic Circle.  A new U.S. report has indicated that Russia is transferring air defense systems designed specifically for the rude Arctic environment to key areas near its borders with Norway and the U.S.

In western Siberia’s Khanty-Mansiisk autonomous district, Sergei Kechimov, a reindeer herder who protested against oil company Surgutneftegaz’s plans for Lake Imlor, is bearing the consequences of his efforts to protect the local environment.  The leadership of the Manezh exhibition centre says another attack on the Sculptures We Don’t See exhibit cannot be ruled out.  The head of the Hermitage Museum sees the attack by the God’s Will group as evidence of a ‘sick’ society.  President Putin has had another adventure in a submersible.

PHOTO: Russian President Vladimir Putin, foreground right, sits on board a bathyscaphe as it plunges into the Black Sea along the coast of Sevastopol, Crimea. (ALEXEI NIKOLSKY/AP)