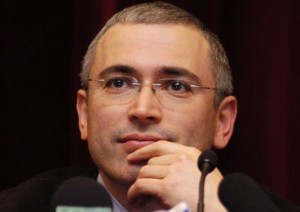 TODAY: Khordokovsky will be pardoned, Putin announces at end of news conference; MICEX jumps at the surprise news; attempt to propitiate Sochi critics? President denounces Arctic 30 and pities Pussy Riot; has no plans for a successor.  Washington will not expand Magnitksy list; Syria; helicopters.

Just as his four-hour press conference was drawing to a close yesterday, President Putin made the shock announcement that a decree on the pardoning of Yukos founder Mikhail Khodorkovsky will be ‘signed very soon,‘ after the Kremlin critic appealed ‘on humanitarian grounds‘.  If Putin is seeking to stem a loss of investor confidence, as Bloomberg suggests, the move has already had some effect, with the MICEX index jumping to a three-week high.  Many see this gesture, along with the prison amnesty as an attempt to propitiate a critical international community ahead of the Sochi Games.  In the meantime a Moscow court has dropped criminal proceedings against four of the Bolotnaya Square protestors.  It does not however mean that Putin has shown himself to be accomodating, warns Masha Lipman: ‘It only reinforces the way that Russia is managed as a political monopoly of one man.’  Reuters looks at the energy industry the former oil tycoon energy (a profile of whom can be found here) will be returning to.

The Khodorkovsky bombshell was part of a finely-tuned performance, the Moscow Times says, where ‘Putin was sweet to those who wanted him to be caring, acerbic to those who confronted him, and strongly self-confident throughout’.  The President jokily expressed envy over Washington’s spying capabilities in relation to Edward Snowden.  He expressed pity for Pussy Riot, not because of their incarceration, ‘but because they took part in a disgraceful action, which humiliates the dignity of any woman’.   He showed little sympathy for the Arctic 30 and suggests they may have been paid to protest.  When asked about a successor, the President offered nothing concrete, but expressed admiration for Communist Party leader Gennady Zyuganov, LDPR leader Vladimir Zhirinovsky, Just Russia leader Sergei Mironov and Prime Minister Dmitry Medvedev.  Regarding former Russian leaders, the President ventured a dubious comparison between Josef Stalin and Oliver Cromwell.  Brian Whitmore analyses the trend towards reinvigorating conservatism in Putin’s Russia.

The State Duma has approved a bill allowing nature reserves to be turned into areas to be used for logging and construction.  Washington has reportedly declined to expand the Magnitsky sanctions list.  A U.S. general has been fired for ‘indecorous behaviour’ while leading a government delegation to Russia for talks on nuclear security.  Russia has blocked a U.N. Security Council statement that would have condemned the al-Assad regime for recent missile attacks on civilians.  Peru will buy a $400 million worth of 24 Mil Mi-171 transport helicopters from Russia.