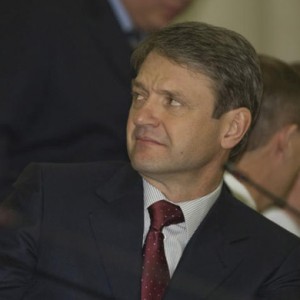 The United States has accused Russia of being involved in training rebels in Ukraine’s east, along with introducing ‘the highest amount of Russian air defence equipment in eastern Ukraine since August’, in breach of the truce.  According to a new Gallup poll Russia’s leadership has the lowest approval rating among the world’s five major powers and the lowest number since records began.  French President Francois Hollande would seem to be mulling the possibility of cancelling the frozen Mistral warship deal.  French energy major Total is negotiating the sale of a 40% stake in Russia’s Kharyaga oil project to a state-owned firm.  As predicted, the European Union has launched a market abuse prosecution against gas monolith Gazprom.  RFE/RL considers Russia’s likely response: ‘given the current frayed ties between Moscow and the West, Russian lawmakers and officials are likely to portray any E.U. charges against Gazprom as an attempt to isolate and weaken Russia’.  Indeed, Foreign Minister Sergei Lavrov has described the accusations as ‘absolutely unacceptable’ and Gazprom has rejected them.  Bloomberg has a timeline of Gazprom’s troubled relations with the E.U. since 2011.

‘The bad guys will be released, while those whom they put in jail will stay there because everybody is afraid that they will get out and claim their expropriated property’ is the verdict of one prison reformer on the Kremlin’s new Victory Day inspired amnesty bill.  Anti-corruption blogger Alexei Navalny, who would fall into the latter category, has confirmed to journalists that opposition leaders will form a united front of opposition parties ahead of the 2016 vote.  Tired of relying on international organizations for ratings, Russia has created its own anti-corruption monitor, the International Program for Monitoring Corruption, which is currently being tested in Russia and Kyrgyzstan.  Friends and colleagues of murdered Kremlin critic Boris Nemtsov are asking Washington to impose sanctions on the television personalities who vilified him to an extent they considered to represent a ‘state-sponsored incitement to murder’.  A new book, ‘Don’t Trust, Don’t Fear, Don’t Beg’ explores the conditions endured by the Greenpeace ‘Arctic 30’ during their detention in a Russian jail, which pushed one to contemplate suicide.  The Russian Orthodox Church has launched its own music channel to offset Russia’s many popular music networks; its concerns about the effects of modern music are visible in its reaction to the Kubana music festival which it sees as a hub of ‘degradation, malfeasance, alcoholism’.

President Putin has dismissed Agriculture Minister Nikolai Fyodorov and replaced him with the controversial governor of the Krasnodar Krai, Aleksandr Tkachyov, in an attempt to shake up domestic food production.  Financial problems are forcing to Russia reduce spending on its space program by more than a third over the next 10 years.  Amid widespread cynicism about Putin’s positive view of the economy, ‘the idea that Russia’s economy could already be emerging from the recent crisis is not a Kremlin conspiracy’, contests Mark Adomanis, ‘we underestimate the capability, flexibility and creativity of Russia’s monetary authorities at our own peril’.   The Kremlin has dismissed eyebrow-raising reports that President Putin sought a diplomatic role for his friend the martial arts actor Steven Seagal.