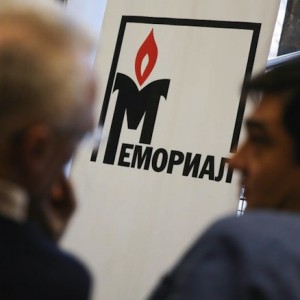 Following an unscheduled inspection, the Justice Ministry has added the Glasnost Defense Foundation, which fights for media freedom in Russia, to its list of ‘foreign agents.’  It is not alone – the Human Rights Institute, led by Soviet-era dissident Sergei Kovalyov, has also been added to the register.  Memorial is continuing its battle against the Justice Ministry, following an inspection which led to a report accusing the rights group of ‘undermining the constitutional order and calling for the overthrow of the Russian government’.  The report has now been sent to a magistrates’ court in Moscow’s Tverskoy district.  The Moscow Times reports on the installations of pro-Kremlin art group Glavplakat, which accuses the domestic opposition of complicity with Islamic State.  Pearson and Dow Jones will sell their stakes in the Vedomosti business daily to Demyan Kudryavtsev, an Internet entrepreneur, who will be the first Russian to have a share in the newspaper.  This week, a city judge in the port town of Taganrog will decide whether a group of Jehovah’s witnesses are guilty of extremism for practicing their faith.

A state of emergency was declared in Crimea over the weekend after four of its power lines were blown up by ‘unknown saboteurs’, leaving almost 2 million citizens without power.  Russian media reported that the infrastructure attack was perpetrated by Ukrainian nationalists.  Prime Minister Dmitry Medvedev has apparently told the press that ‘irresponsible U.S. politics’ precipitated the development of Islamic State – Washington has offered no comment, though U.S. President Barack Obama has said it ‘would be helpful’ if Russia focused on IS targets in its aerial campaign in Syria.  Russia has killed 403 civilians, including 97 children, during its bombardments, according to a monitoring group.  Lebanon’s transportation minister says Russia has concluded the military drills that disrupted air traffic in and out of Beirut over the weekend.

Today President Putin will make his first visit to Teheran in eight years to meet Iraninan President Hassan Rouhani; it is expected that Syria will be top of the agenda for the two parties described by one Chatham House analyst as ‘frenemies’.  ‘VERY James Bond’: the words of one Twitter user on Putin’s new war room – the brand new fortified National Control Defense Center.

PHOTO: The Justice Ministry alleges that long-standing right group Memorial is in breach of Russian law and accuses it of ‘calling for the overthrow of the current government’. (Denis Abramov / Vedomosti)