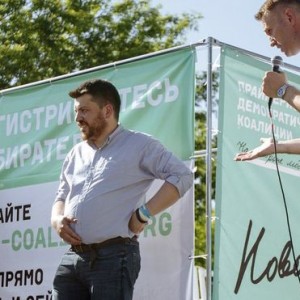 U.S.-based international organisation the National Endowment for Democracy has officially been declared an ‘undesirable organisation’ by the Prosecutor General’s Office, which concluded it poses a threat ‘to the constitutional order of Russia, its defense and security.’  The NED’s activities are now banned.  The move against civil society ‘is the latest evidence that the regime of President Vladimir Putin faces a worsening crisis of political legitimacy’, says a Washington Post op-ed.  ‘In pursuit of absolute power, he is suffocating his own society’, adds a second.  Known once as ‘Putin’s banker‘, now living in exile pursued by death threats, tycoon Sergei Pugachev talks to the Guardian about the mistakes of the post-Yeltsin era.  Novosibirsk’s central district court has now fined eight Parnas party activists for disobeying police officers, following the election commission’s decision to bar them from the local polls.  Three opposition activists have begun a hunger strike in protest.  Alexei Navalny fears that moves against the opposition in Siberia will be replicated all over the country.  A journalist running a support group for LGBT teenagers in the Urals has fallen foul of the gay propaganda law.  Artist Petr Pavlensky, who famously nailed his scrotum to cobblestones in Red Square, reportedly managed to convince the investigator into his case to leave the Investigative Committee and join his support group.

Belarus, which has been hit badly by Russia’s economic problems, has received a $760 million loan from Moscow under a 10-year loan agreement.  Could the crisis be nearing its end?  New data indicates the decline could be ‘close to a bottom’.  A State Duma Deputy is drawing up a bill that would require all restaurants to ensure Russian dishes make up at least half of their menu.  A number of famous recording artists have taken issue with Putin’s plans to establish a ‘patriotic superstar incubator’, but apparently their concerns are not ideological.  A 74-year-old Russian academic and former Roscosmos employee has been placed under house arrest on suspicion of committing state treason.  The head of a British inquiry into the death of ex-KGB agent Alexander Litvinenko has accused the Russian authorities of trying to thwart his investigation.

The Economy Ministry anticipates that production at Gazprom will decline to an all-time low of 414 billion cubic metres this year, as a result of dwindling demand and a drop in upstream investments.  The energy major’s $400 billion deal to supply natural gas to China National Petroleum Corporation will win Russia political, as opposed to economic, advantages, says this analysis of the deal.

PHOTO: Leonid Volkov, pictures left of Alexei Navalny, is one of the opposition politicians taking part in a hunger strike in Novosibirsk.  (BBC)