Austria Tells Jewish Political Prisoner He Must Be ‘Registered’ 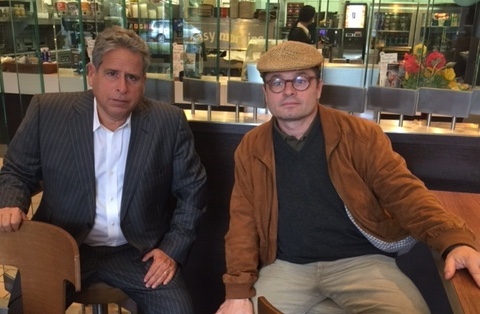 Stephan Templ’s first week in an Austrian prison has already served to illustrate the arbitrary nature of the persecution he is facing from the government.

Templ reported to correctional facility on October 5th, where is currently serving a 1-year sentence for the most absurd crime of having failed to disclose all heirs on a restitution claim for Nazi-looted property – a judicial decision which has scandalized observers and sent a chilling signal to the Jewish community in this region.

But the outrage didn’t stop with this conviction – now the prison authorities are refusing to serve him the kosher option for food at mealtimes, claiming that he is “not a registered member” of the Viennese Jewish Community, and therefore, in their eyes, he is not a Jew.

Never mind the fact that Stephan is not a resident of Vienna but lives in Prague, and so would not be eligible for membership with the Viennese community anyway, this is a completely improper abuse of the State’s power over its detained citizens. That the State wants Jewish citizens to register their status with the Jewish Community so that the State will recognize their religion is an outrage.

As soon as Stephan’s partner Tina learned of the prison’s denial of kosher food to Stephan, she immediately appealed to the Jewish community in Vienna. The local community Rabbi immediately sent a letter to the prison confirming that Stephan is a Jew.

The State has no right to decide who is and who is not a Jew, and this denial represents a violation of his religious rights. Since 1890, and recently re-confirmed in the Israelitengesetz of 2012, the Austrian state is forbidden from interfering in Jewish affairs. It is for Jews to decide who is a Jew through the application of the Jewish laws, the Halacha.

The Viennese Jewish Community say that this is not an isolated occurrence of anti-religious discrimination, but that the Austrian prison authority regularly serve a pork-only option, leaving Muslims with little choice but to appeal to the Jewish community for kosher food – a recommendation that is freely and immediately given. Do Muslims not deserve a halal option in Austrian prisons?

It is to be wondered whether Catholics baptized in Ireland are still considered Catholics in Austria, or whether they too must register with the State? Do foreign Jews not count as Jewish when they are in Austria?

Austria has done much in this case that beggars belief, but surely forcing Jews to be registered for State recognition is beyond the pale?