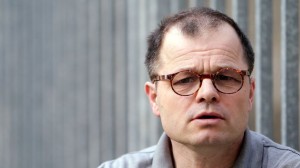 Almost 70 years since end of World War II, Austria has largely shed its image as an engine for the Holocaust, and is instead better known these days as a civil, rule-of-law, wealthy country. Nevertheless, a series of recent events shows that the retrogressive anti-Semitic attitudes of the past continue to lurk deep inside the state bureaucracy, at least among some individuals.

As many readers of this blog are already aware, my firm serves as international counsel to Stephan Templ, an Austrian Jewish citizen who has been relentlessly persecuted by the state over a restitution claim, which we believe is retaliatory in nature for his criticism of Austria’s post-war reconciliation policies.

We wrote to the Austrian Attorney General Werner Pleischl to highlight the deeply concerning conduct of the prosecution deliberately misleading the media on the details of the case, as well as statements from numerous senior judicial and governmental officials that reject the claim that the Austrian government could ever be considered a victim in this case. We appealed to him for an ‘extraordinary reopening’ of the case that only he has the discretion to allow. We received a terse response rejecting this and all other requests to re-establish justice in this case.

Marco Schreuder of the Austrian Green Party raised our letter in an inquiry before Parliament, which requires a response from the Minister of Justice Wolfgang Brandstetter by February 18. Mr Schreuder put four basic questions to the Justice Minister concerning the ‘Justizskandal ‘of the Stephan Templ case:

We await Dr Brandstetter’s response with hope that he will see fit to right the wrongs that have been done to Stephan. We want to believe that justice in Austria is applied uniformly, for the benefit of all its citizens, and that a conviction based on an incorrect reading of the law and factual errors, which has been exacerbated by what appears to be personal animus towards a citizen, is not allowed to stand.

If not, this case will not just be a personal injustice for Stephan Templ and his mother, but a new dark chapter in the history of rule of law in Austria.