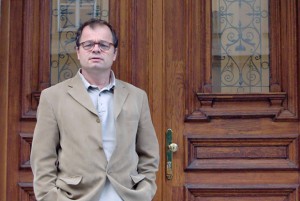 According to international lawyer Robert Amsterdam, not only have prosecutors deliberately and repeatedly misinformed the media regarding the details of the case, but diplomatic staff including the Austrian Ministry of Foreign Affairs have also issued false statements distorting the court record. The fact that these misleading comments continued while the court was considering Mr. Templ’s sentencing appeal represents a form of state defamation intended to damage the defendant’s character and influence the legal outcome, says Amsterdam.

“Representatives of the Austrian government have improperly and incorrectly sought to defame and tarnish the reputation of our client by willingly distorting the court record,” said Amsterdam. “This sort of Kafkaesque persecution cannot be justified in any rule of law state.”

Mr. Amsterdam stated that if the Austrian government’s attempts to intentionally mislead the public continue, that the legal team would be forced to seek out international condemnation of this misconduct by individual political figures and members of government.

Mr Templ, an Austrian citizen, has been sentenced to one year, reduced from three, in prison for “defrauding the Austrian Republic” following a restitution claim for a share of a 19th-century hospital in Vienna that was seized by the Nazis in 1938.

Mr Templ has been an outspoken critic of Austria’s poor post-war record of returning art and property confiscated from Viennese Jews during World War II.

A 2001 treaty between the U.S. and Austria pledged the return of Nazi-looted property to owners and their heirs. Mr Templ was found guilty based on his failure to name his aunt in his application for restitution.