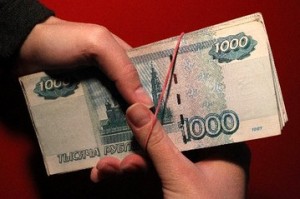 This week began with the publication of a new report on the death in custody of Sergei Magnitsky, a case which has come to stand as a haunting symbol of how endemic economic crime is in Russia and how mercilessly those who seek to extirpate it will be dealt with.  Over the course of this week, however, two surveys have indicated an improvement in the levels of graft and corruption across the nation.  Yesterday it was reported that, for the first time since 2004, Russia has improved its position in Transparency International’s annual corruption index, upgrading its position to 143rd place from 154th place in 2001, out of 183 countries.  In Price WaterHouse Cooper’s Global Economic Crime Survey, published earlier this week, it was revealed that 40% of respondents who faced economic crimes in the past year suffered from bribery, a decrease from 48% two years ago.  But before so-called ‘reforming’ President Medvedev can pat himself on the back, it must be noted that Russia remains the world’s most corrupt major economy, with a score of 2.4 on a scale from 0 (highly corrupt) to 10 (highly clean) and the level of graft equal to those of Uganda and Nigeria.  In terms of the PWS findings, commentators, as well as the director of the forensics department at PricewaterhouseCoopers Russia, Irina Novikova, have been quick to note that if the figures look encouraging, it may be more to do with an unwillingness to shed light on economic crimes, rather than a quantifiable drop.  Of course, if the Magnitsky example is anything to go by, it is scarcely surprising that whistle-blowing is such a rare practice.