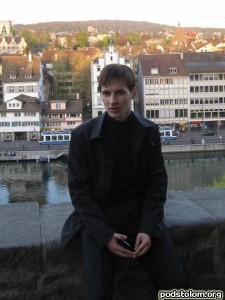 Did anyone else smell a rat when news emerged yesterday that VKontakte’s Pavel Durov had sold his entire stake in the social network that he founded?  GlobalVoices, for one, saw Durov’s exit coming, and not for simple reasons of financial gain.  Bloomberg explains why the deal seems like tricky business:

The decision to cash out might be no big deal, except that this is Russia. Durov sold to a trusted partner of Russia’s richest man, Alisher Usmanov, who is known for his unswerving loyalty to President Vladimir Putin. The 29 year-old Durov appears to have been too independent to be allowed to run a social network that had a wider reach than the nation’s tightly-controlled major TV channels.

But there’s more to the deal than how easy it is to see Putin’s influence.  You may recall that Durov was on the run from the authorities a year ago, and former Putin advisor Vladislav Surov had been attempting to keep the young entrepreneur within his influence for some time.  The role of the Internet has become much more of an issue in the year’s since Putin’s last re-election, and social media sites like VKontakte hold increasing power.  During December 2011’s anti-government protests, Durov refused Kremlin requests to shut down political groups on VKontakte that were being used as platforms for organisation, citing his belief that the company should support free speech.  And now, just two years later, Durov (who was already estimated to be worth over $140 million) says he is ‘happy’ to cede control?  You do the math…