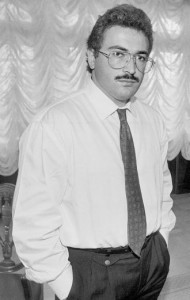 In the ten years since Mikhail Khodorkovsky was arrested and imprisoned, it’s not just his young family members that have changed.  Russia’s economic and social landscapes have also changed, and not for the better.  Writing in the New York Times to mark the tenth anniversary of his arrest on October 25, 2003, Khodorkovsky discusses state monopolism, capital flight, corruption, lack of innovation, rights scandals that have gone global, and an increasing rate of radicalisation.  And who is to blame?

Today the system for running the country is called “Vladimir V. Putin.” Can he change? I don’t want to give a categorical answer: A human being is too complicated a creature for that. But the chances are slim, as are the chances that Mr. Putin’s inner circle would allow him to cede his presidential powers, even temporarily, a second time. He will not control what follows him.

Khodorkovsky’s piece offers Russia’s one main solution to its current problems: fully integrate with the Europe of which it is ‘an inseparable part‘.  This suggestion itself adds an indirect, further insult to Putin, for whom Europe has become a constant source of friction and irritation.

Today’s Financial Times piece on the decline of ‘big government‘ in Russia is also worth reading on this topic.  Although it does not mention Khodorkovsky explicitly, the article provides an interesting and different perspective on what has changed in the past years for Russia’s oil industry, noting that Rosneft’s current giant position started with its acquisition of assets seized from Yukos in 2004 – the beginning of an era that has concentrated energy assets into state hands – and which hit a second peak last year with the Rosneft takeover of TNK-BP.  Read the full piece here.

PHOTO: Khodorkovsky in 1995 standing in an office of his Bank Menatep holding company. (Igor Tabakov / MT)