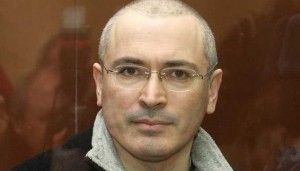 Today, following a signed decree by Russian President Vladimir Putin, Mikhail Khodorkovsky was pardoned and released from prison after more than 10 years of injustice.

As a former member of the international defence team (2003-2009), my comments are strictly personal as an independent observer, and do not represent the views of any other party.

It’s a joyful day for supporters of Mikhail Borisovich. We wish him and his family the greatest happiness as they celebrate the holidays together for the first time in more than 10 years. Yuri Markovich Schmidt, Khodorkovsky’s lawyer who passed away almost one year ago, must be smiling from heaven.

When Khodorkovsky was arrested in 2003, the event set in motion a series of processes which embedded the Kremlin into the energy trade, institutionalized corruption as an organizing principle, and transformed the justice system into a personal weapon. To be clear, his release from prison does not erase this history, but it is unambiguously a positive step.

It seems that this is not a public moment capped off with a dramatic speech, but a private moment, celebrated among a beloved and treasured family he has not seen in a decade. Whomever Khodorkovsky chooses to become from here forward can only be defined by him, but for Russia’s sake, it would be a shame not to embrace the steadfast principles and values that guided him to where he is now.