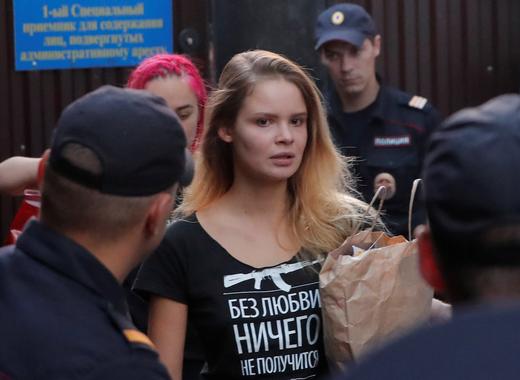 Facebook announced that it discovered “sophisticated”, coordinated efforts to influence US politics in advance of the congressional elections this November, and that they pointed to Russian involvement. Facebook was not able to directly connect these efforts to Russia, however the resulting 32 deleted accounts were, it says, “linked” to those created in 2016 by Russia’s Internet Research Agency (aka “the troll factory”), and US Congress members were quick to blame Russia as a result. United Russia, the country’s ruling political party, is seeing its lowest approval ratings since 2011 (with just 37.1% saying that they would vote for the party) due to the government’s plans to raise the retirement age. President Vladimir Putin has created a new patriotic directorate within the army designed to ensure soldiers’ loyalty, “evoking memories of a Soviet practice that once saw soldiers taught the precepts of Marxism and Leninism by political commissars.”

The European Union has added six Russian companies involved in the construction of the Kerch Strait bridge linking Russia with Crimea to its sanctions list; the bloc will freeze the companies’ assets on the basis that the bridge undermines Ukrainian sovereignty. The US Treasury has extended its deadline for investors in sanctioned companies En+, GAZ Group and Rusal to divest their holdings. Japan has asked Russia to reduce its military activity in the Kuril Islands, following a boost in military presence there, including warplanes and a missile defence system, in response to the US’ deployment of the Aegis missile system in the region. Three Russian journalists were killed in the Central African Republic following an ambush on their vehicle whilst filming a documentary about the Russia-linked Wagner private military contractor.

Lawyer Igor Tretyakov has been arrested in connection with the $5 million Roscosmos embezzlement case. Soviet writer Vladimir Voinovich has died, aged 85. The Foreign Ministry’s attempt to show its sense of humour by claiming that a photograph of Sergei Lavrov holding the Russian flag has healing properties has created a meme uproar.

PHOTO: Members of the anti-Kremlin punk band Pussy Riot, Veronika Nikulshina and Olga Kurachyova, who ran onto the pitch during the World Cup final between France and Croatia, walk out of a detention center after leaving 15-day jail in Moscow, Russia July 30, 2018. REUTERS/Maxim Shemetov