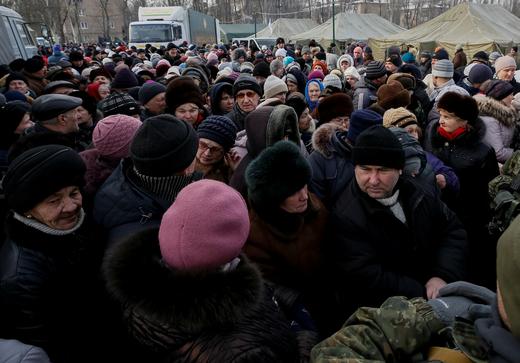 The arrest of the Lefortovo four, and now the accusations that two of them were working for the CIA, is the beginning of a purge, says the Moscow Times, tracing the current situation to the 1990s, the rise of so-called ‘black PR’, and the creation of the Shaltai-Boltai (‘Humpty Dumpty’) hacking group. Lawyers representing one of those arrested has confirmed that two of them have been charged with treason.  The Kremlin denies any suggestions that the FSB officers detained were complicit in hacking the U.S. presidential elections last year.  U.S. President Donald Trump’s new National Security Adviser was paid to appear with President Vladimir Putin at a gala for Kremlin-funded news channel RT, and the White House wants to know how much.  It looks as though Russia’s economy started to return to growth late last year, according to official statistics that have ‘surprised economists’.  Orthodox Church head Patriarch Kirill is condemning microfinance organisations as ‘bloodsuckers’, and calling for the creation of banks that serve poorer citizens.  Pipe maker TMK is selling a 13.44% stake to help it purchase back the equivalent amount of its own shares from VTB Bank.

Hungary’s overtures to Russia (including the erecting of a Soviet war memorial last month, ahead of a visit by President Vladimir Putin) are ‘unsettling to fellow European Union member states’.  The Kremlin says the E.U. is hampering Hungary’s attempts to forge a nuclear deal with Russia.  Violence in eastern Ukraine is now at its worst in a year, with 19 dead and thousands without water or heat in the winter freeze, and Washington has issued no condemnations or blame.  The Kremlin says the violence indicates the need for a resolution of U.S.-Russia relations.  Russia is denying accusations that it shot at a Ukrainian military transport aircraft over the Black Sea yesterday. A court in Samara has fined and confiscated the phone of a man who praised the mass killing at a gay nightclub in Florida last year, but failed to give him the three-year sentence recommended by prosecutors.

Two years on from his murder, the city of Moscow is continuing to trash memorials to politician Boris Nemtsov.  This piece profiles the work of Dmitri Isaev, a gender reassignment surgeon who is working undercover in St Petersburg to avoid harassment and intimidation.  Jonathan Jones reviews an exhibition of art from the Russian revolution at London’s Royal Academy.

PHOTO: Local residents wait for free food at an emergency center after shelling hit supply infrastructure in the government-held industrial town of Avdiyivka, Ukraine. NATO called on Russia to use its ‘considerable influence’ with separatist rebels to end the fighting in eastern Ukraine after a renewed surge in violence. REUTERS/Gleb Garanich